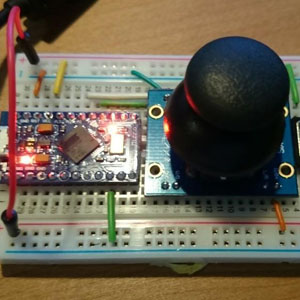 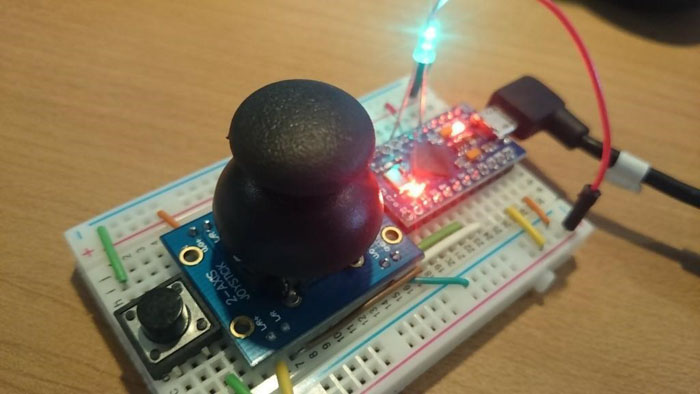 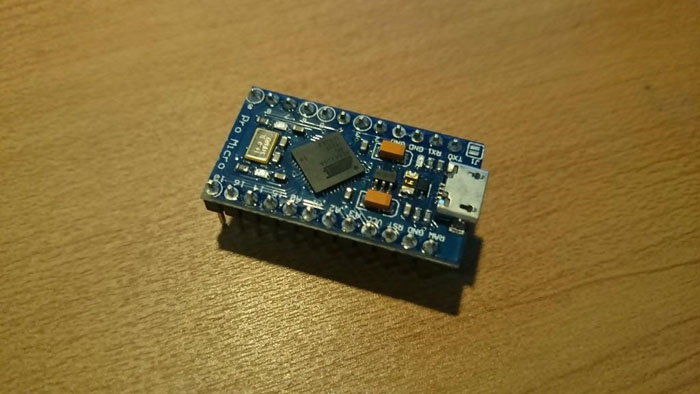 2. Try to detect components as an HID

In this program, create a simple circuit with a switch on the 4th pin. When the 4th pin is pressed, the number of times pressed should be displayed by keyboard input. 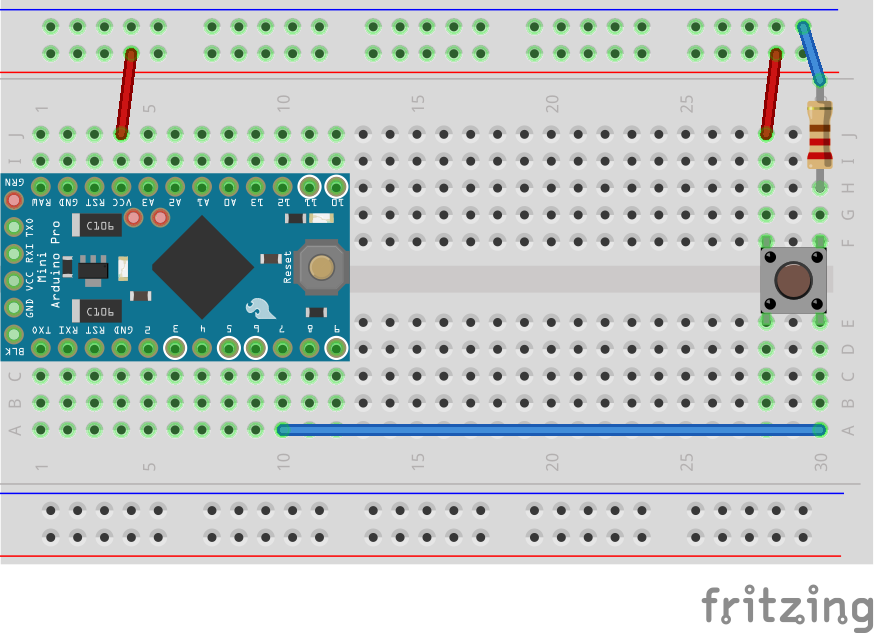 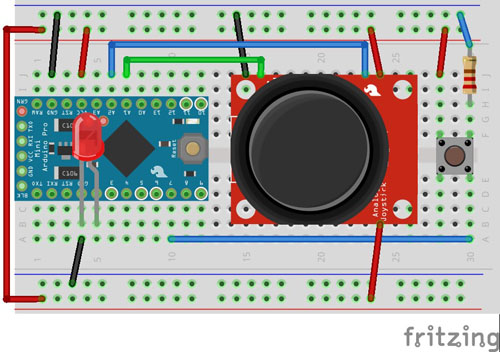 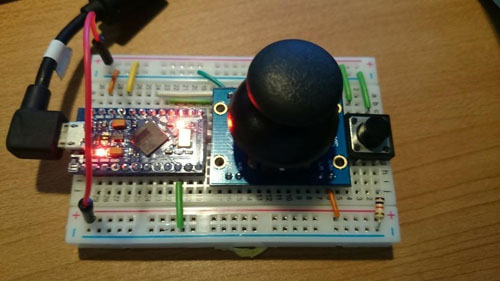 The circuit will be added to the previous tact switch circuit. The joystick and the LED to be used later are connected to the 2nd pin. 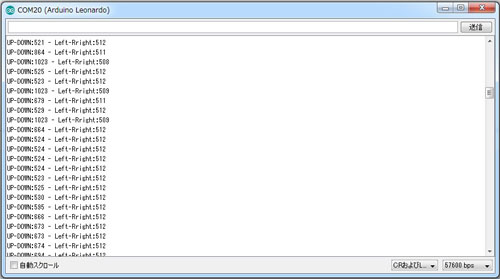 Let’s actually convert the joystick digits to mouse coordinates. This program is actually already prepared on the sample, so let’s use it. Select “File”-“Sketch Example”-“09.USB”-“Mouse”-“JoystickMouseControl.”

When this program is executed, the top and bottom analog A2 pins and the left and right A1 pin numbers are reflected on the mouse coordinates. In addition, since a switch is turned on by turning on the 5V power supply to No.2, the device can be turned on/off by connecting No.2 to VCC or sandwiching the switch.

What else can you accomplish with Arduino? Explore related articles to find out: