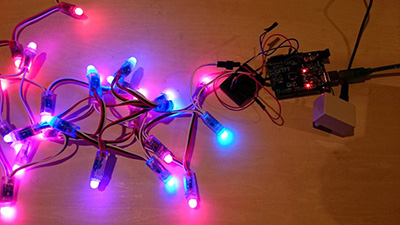 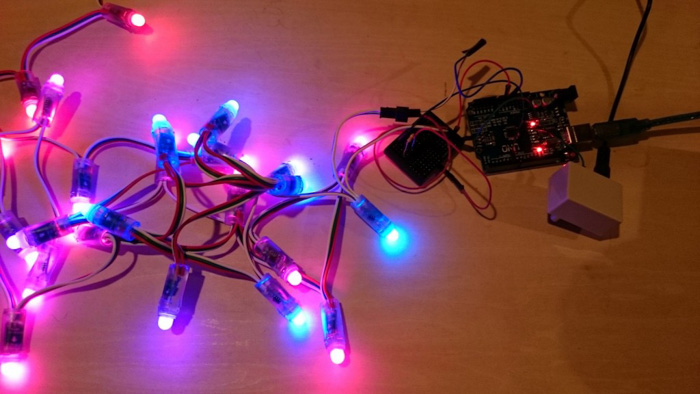 As the holiday season is fast approaching, I thought it would be fun to create a decorative lighting using Arduino and full color LED strip light. These LEDs will not only light up but also glow in multiple different colors to really get you into the holiday spirit!

A LED strip light (or also known as LED tape) is a bit different from the ordinary LEDs. Basically, a number of LEDs are connected to a strip or a tape. The ones usually on sale measure from approximately 30cm to 5m long. 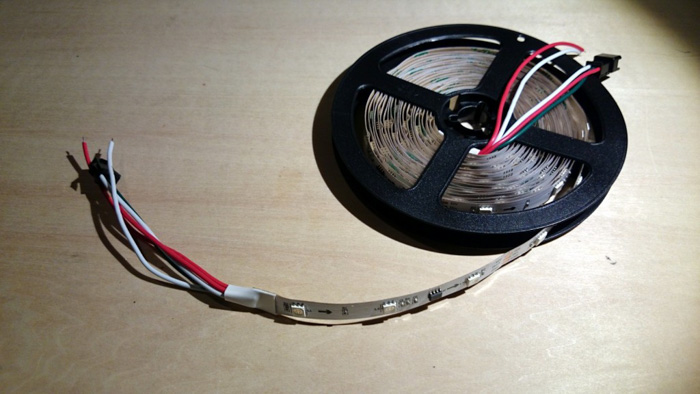 There are two types of LED strip lights. The first type consists of a strip light in which all the LEDs on the tape have synchronized on/off. The other type has a control IC that can individually control the LEDs on the strip one by one according to the input signal. Although the former has more LEDs, basically there are only positive and negative terminals like ordinary LEDs. As for the latter LED strip, there are positive and negative terminals as shown in Figure 3 below, and a total of 4 and 5 terminals including signals are generally used.

In addition, as a feature of the LED tape, we can adjust the length by cutting the yellow dotted line shown in Figure 2. (If we cut off other parts, however, it will be impossible to connect positive and negative terminals, etc.) 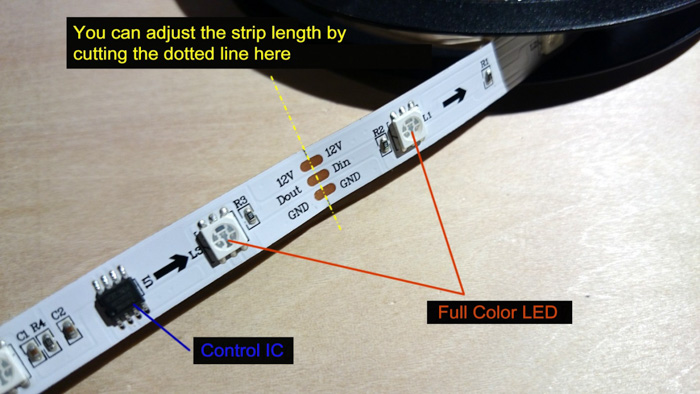 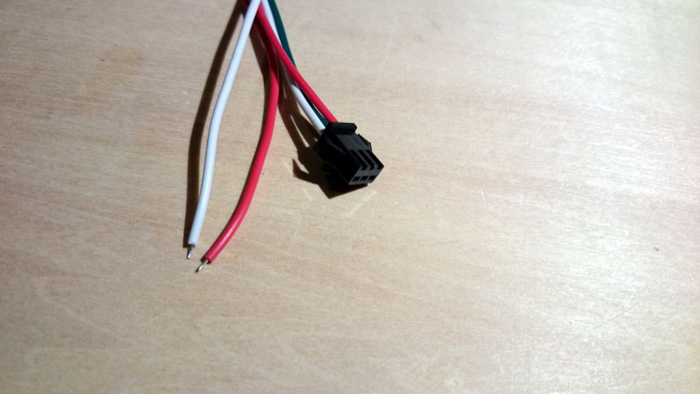 There are many types of LED tapes, besides the one shown in Figure 1. If you search online you’ll come across different variations of LED strip lights. 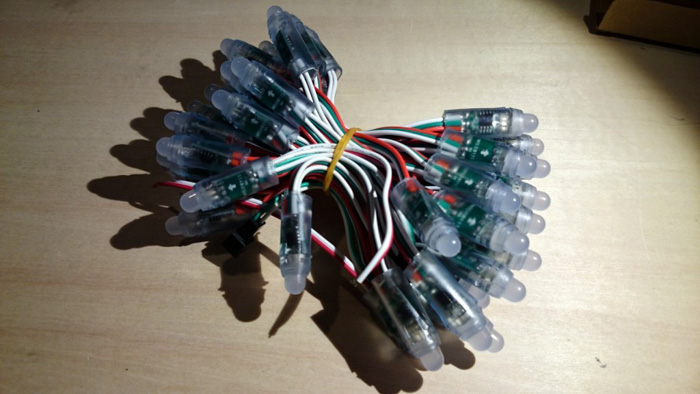 This time, we’ll be using a LED string shown in Figure 4.