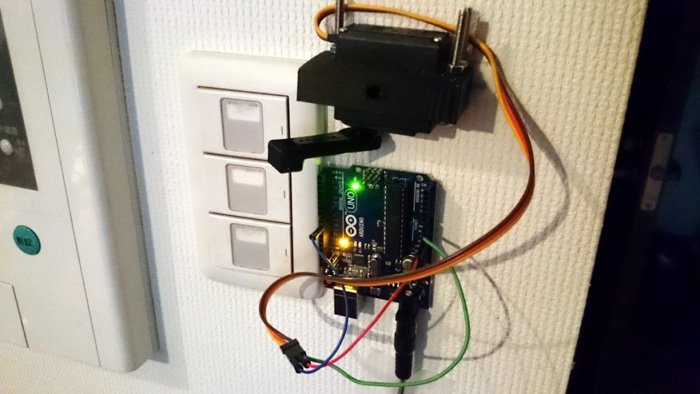 For Arduino, there are roughly two ways to control the servo motor.

PWM (Pulse Width Modulation) is a method of controlling the motor by turning on and off the pulse signal. It’s possible to achieve discrete movement by controlling the servo motor directly using PWM, but for more complex projects, you can take advantage of servo motor library included in Arduino IDE.

This program can change the angle of the servo motor based on the input value of the analog 0 pin (A0). By using a variable resistor such as potentiometer or an optical sensor for the analog pin, try moving the servo motor when the value changes.

The following circuit is an example using FEETECH FS90 micro servo. The operating voltage of this servo motor is 6V. Since the current at the time of operation is 200 mA, the servo motor is powered by four AA batteries connected in series (6V). 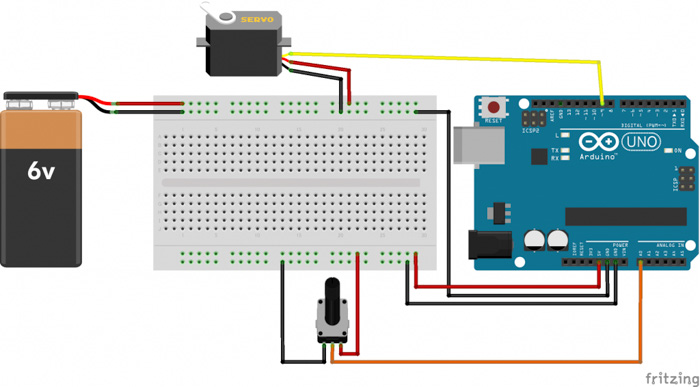 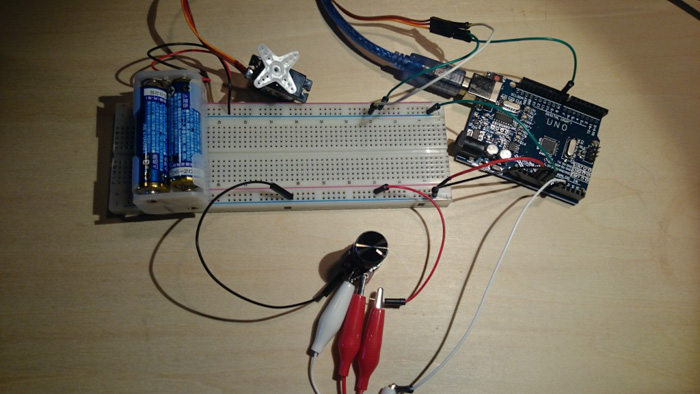 5. What can be done with a servo motor?

Let’s briefly review what you can be done with a servo motor. The following two are the typical operations:

I. Pressing the button

The servo motor can control the angle of its motion. This is why a servo motor is best for developing a mechanism that pushes buttons. You can make interesting devices like in the video below, and you can develop a variety of things just by pressing a button, switch in a room, etc.

In Use Arduino to Control a Motor Part 3 – Making an RC Car Using a Servo Motor for the Steering, we made an RC car using LEGO. We mounted the steering part using a servo motor. Servo motors can be used for various applications, but it’s commonly used for “moving” parts/objects, whether it be moving the robot car or robot arm.