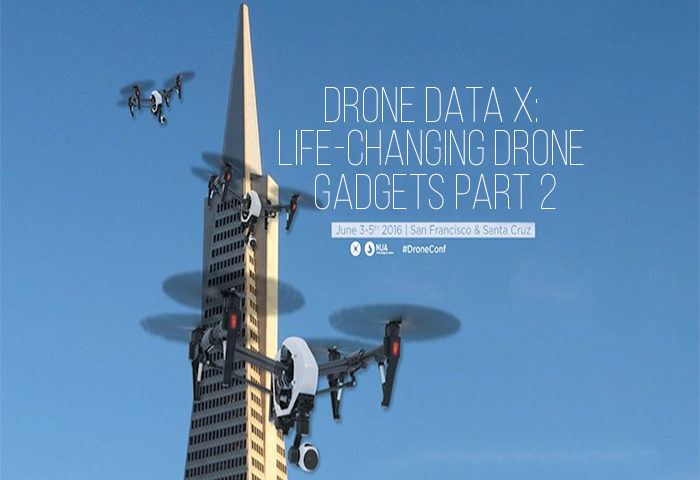 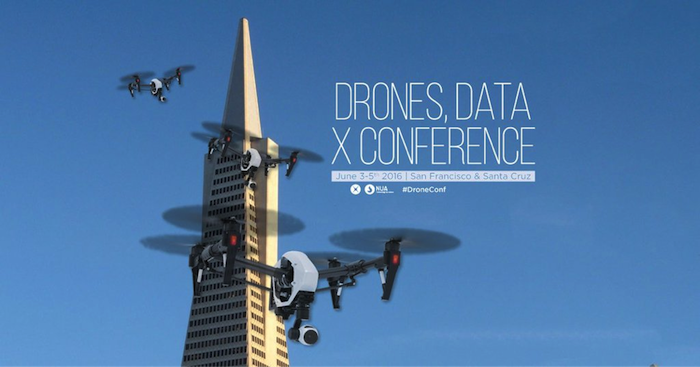 Unmanned aerial vehicle (UAV), multirotor, quadcopter, free-flying robot, etc. These are the devices that have enabled us to explore the very last unmapped places on Earth from a bird’s-eye view. We call them drones. A drone is a pilotless aircraft operated by remote control. There are many different types of drones and they have a wide range of practical applications.

The Drone Data X Conference, held on June 3rd in San Francisco, was one of the biggest expos featuring the hottest drone technology from the top drone industry leaders and innovators.

Here are some of the most attractive drones featured at the event:

The landing gears can retract during flight allowing unobstructed 360 degrees of shooting. Carbon fiber parts and folding motor arms decrease Typhoon H’s weight for easy transport while increasing durability. Its safety features include ultrasonic proximity sensor (detects large obstacles and prevents collisions) and a failsafe system (minimizes the damage to Typhoon H in the event of a system failure).

What truly distinguishes this drone from all the other drones that are out on the market is its Intel® RealSense™ Technology. Real Sense is an obstacle avoidance technology, which uses advanced computer vision to enable Typhoon H to dynamically alter course as it navigates through obstacles. Typhoon H includes a 14.8 V lithium-ion battery which enables a flight time of up to 22 minutes.

Trident is a remote-controlled, camera-equipped underwater drone from underwater robotics startup OpenROV. Trident boasts its wedge-like hydrodynamic design that can move efficiently through narrow ridges in deep sea. It has two rear horizontal thrusters and one vertical thruster for propulsion. Trident has a maximum speed of 2 meters per second and can travel down to a depth of 100 meters. It has an ability to inspect targets by hovering over the spot via front-mounted HD video camera and 6 LED spotlights. Trident can also take images or videos (1080 pixels at 30 fps) of the sea floor and create a 3D model of the area.

Trident uses a neutrally buoyant cable to communicate (sending real-time video and receiving commands) that goes to a Wi-Fi equipped towable buoy on the surface of the sea.

What is so special about OpenROV Trident is that it is an open-source project, as the name implies. All the source codes from OpenROV projects can be found on Github.

Snap drone from Vantage Robotics is a fully portable 4K camera quadcopter. It is a super lightweight drone weighing only about 18 ounces (570 g) and at 14″ x 9″ x 2″ it is compact enough to fit into a backpack. It boasts its simple snap-in design, which is super safe so it can be grabbed by bare hands out of the air.

Snap can be controlled on Android or iOS devices using the SmartTilt app. Alternatively, a DSM or Bluetooth controller can also be used. The app provides various tracking modes, such as free-follow, geo-fencing, virtual write, and air tripod. Currently, Snap has 20-minutes of flight time per charge with a 3000 mAh battery (1 hour charge time).

Vantage Robotics is currently working to improve some of its features, including obstacle avoidance sensor, thrust modules for improved flight time and wind performance, and consistency with 4K video quality, and extended Wi-Fi range.