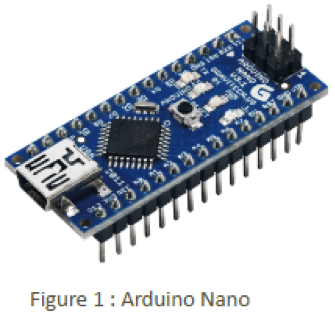 Ever since I started making projects for Arduino, I’ve had a desire to shrink them down to a single, small circuit board. One of my former projects, a Smart bike lighting was made on Arduino UNO, which limits the project’s success in terms of optimal size. For that purpose, I will introduce multiple ways to shrink your overall project by using different micro-controllers that run on the same Arduino language.

The Arduino Nano is a small, complete, and breadboard-friendly board based on the ATmega328 (Arduino Nano 3.x) or ATmega168 (Arduino Nano 2.x). It has more or less the same functionality of the Arduino Uno, but in a different package. It lacks only a DC power jack, and works with a Mini-B USB cable instead of a standard one. It comes with 6 PWM I/O from the total of 14 digitals I/O, 8 analog inputs, 16Mhz clock speed and 32kB of flash memory. This is a great alternative when making projects for Arduino that are size restrictive.

Remember to change the board in your Arduino software (IDE)

Figure 2 : Setting the board on Arduino IDE

The Arduino Pro Mini is a microcontroller board based on the ATmega328. It has 14 digital input/output pins (of which 6 can be used as PWM outputs), 6 analog inputs, an on-board resonator, a reset button, and holes for mounting pin headers.

There are two version of the Pro Mini. One runs at 3.3V and 8 MHz, the other at 5V and 16 MHz. A six pin header can be connected to an FTDI cable or Sparkfun breakout board to provide USB power and communication to the board.

As you may see, Arduino Pro Mini has no USB; so programming projects for Arduino here is a bit different than the UNO or NANO.

There are two ways available for programming Arduino Pro Mini:

If you have simple projects for Arduino that use only a few pins, you might be able to shrink it down to a single 8-pin ATtiny chip.

How to program attiny using Arduino Uno Board:

Figure 7: Programming Attiny with an Arduino Uno board

Arduino Micro packs all of the power of the Arduino Leonardo in a smaller size. It’s an 8-bit microcontroller, with 32K of flash, and 2.5K of RAM. You can program it directly via the USB micro connector. It’s based on the ATmega32u4 processor.

The Teensy is a complete USB-based microcontroller development system, in a very small footprint, capable of implementing many types of projects for Arduino. It’s available as an 8bit or 32bit board. It’s Arduino compatible and can be programmed by USB easily just like any Arduino board.

This is one of my favorite microcontrollers on the market right now. Here are some of its best features:

By the time you read this there will be even more new devices in the market.

Self-taught hobbyist and a geek. Omar loves learning new skills and interfacing Arduino to anything he can get his hands on. He enjoys building projects that he can use in his daily life.