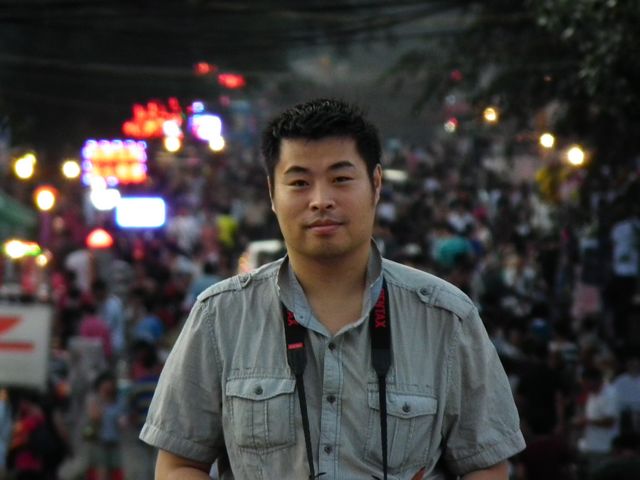 Making a career out of a hobby makes me feel fulfilled and happy.

The lecture received an enthusiastic response

After the lecture, ROHM took out some stepper motor driver ICs and gave them to Chaihuo Maker Space—the contributor and supporter for the Maker Movement—as presents.

I received an IC chip too, and as an experienced engineer, I felt I should also do my part to contribute, so I designed an open source stepper motor driver using ROHM’s BD63521EFV chip.

My analysis and design process, as well as some common techniques and calculations I used in the design

My goal was to design a driver that’s as simple and easy-to-use as possible. It should also be practical for everyone to make it themselves. Therefore, the number of components was one of my top priorities. A minimal circuit was the focus of my design! Of course, cost must also be considered.

Since ROHM sponsored the chip, the “theme” was already predefined, which means I didn’t need to select the chip type. I simply browsed ROHM’s website and downloaded the BD63521EFV data sheet. After flipping through the data sheet, I decided to start from the example for applied circuits. This is shown in the figure below. 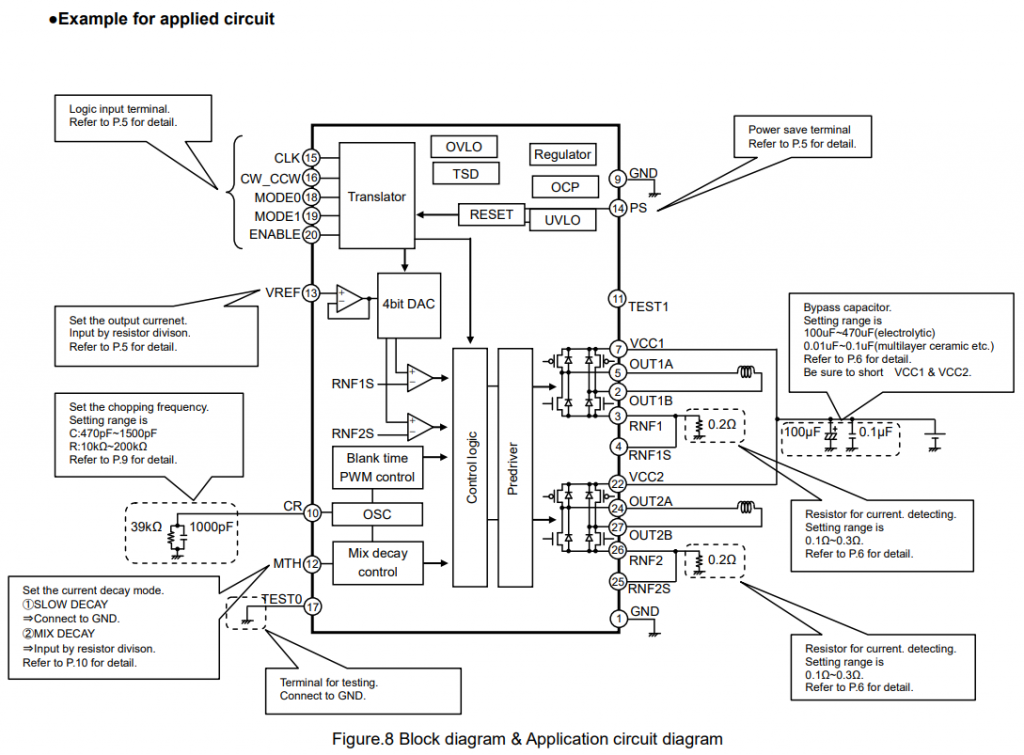 The four main modules of the circuit

Of course, there are two more testing terminals that are not as electrically useful as the above in application: 11-pin (TEST0 terminal), 17-pin (TEST1 terminal), and the cooling terminal on the bottom of the chip.

Designing the peripheral circuit of the chip

I designed the peripheral circuit of the chip with the needs in mind, just like the figure below: 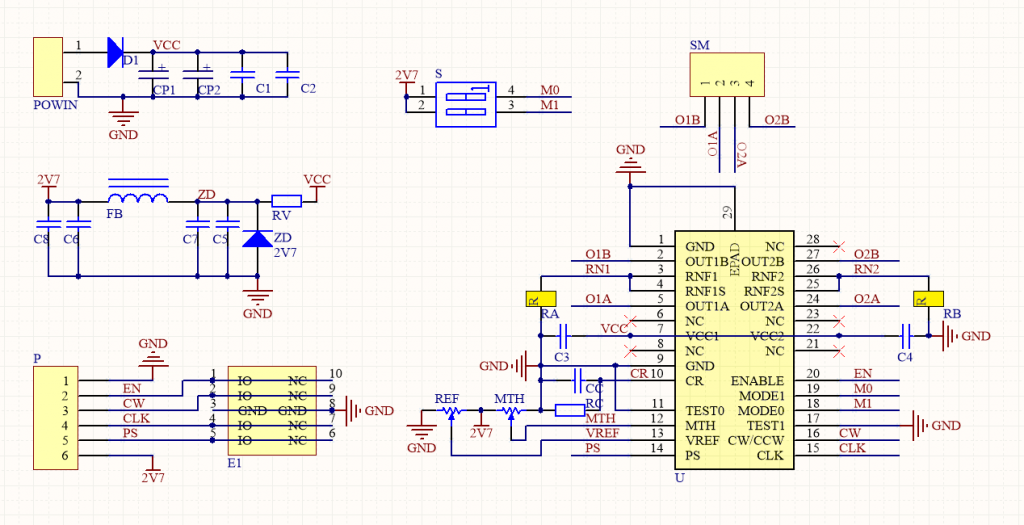 My first consideration was that the chip’s maximum allowable operating current should be 2A per channel, so I started by choosing a reasonable resistance value for the current sampling resistor.

Several factors have to be taken into consideration for the resistance value of this resistor.

Second, if the resistance of the sampling resistor is too low, that will cause the sampling voltage range to become too low, which is counter-productive to anti-interference. It will also present a greater challenge for the current sampling amplifier circuit.

Third, standard resistances have to be considered to facilitate procurement process and reduce costs.

Fourth, the sampling power should be reduced as much as possible to improve efficiency and reduce rises in temperature, as smaller temperature rises will help improve the stability and service life.

Fifth, the package volume should be reduced as much as possible to help control the cost and reduce the volume.

Sixth, as pointed out in the data sheet, the resistance value should be between 0.1~0.3 ohms.

After considering the above factors and the recommendations from the data sheet, I decided on 0.2 ohms.

The circuit diagram is shown in the figure below: 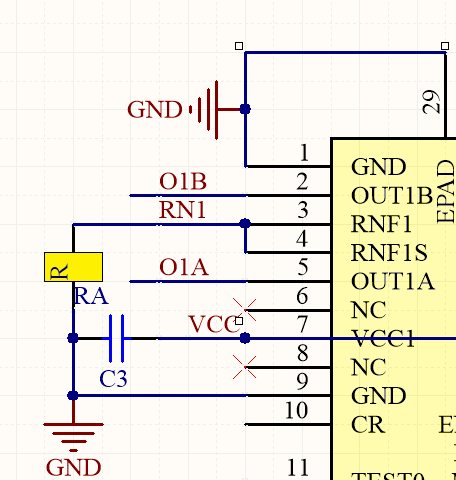 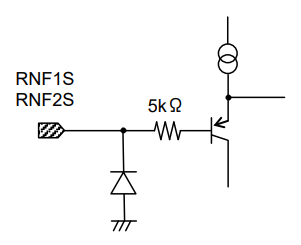 The input internal resistance is up to 5 kiloohms.
Note! The voltage on this terminal should not exceed 0.7 volts.

Next step: selecting the reference voltage

When selecting the reference voltage, I noted that the voltage should be between 0 to 3V as specified in the data sheet, as a reference voltage that’s too high will result in an excessive operating current through the chip, which will cause the chip to burn out.

I carried out the calculation according to the formula given on the data sheet:

If it’s a 0.2-ohm sampling resistor and the driving current in the full-step driving mode does not exceed 2A, then the reasonable value of the reference voltage should be no greater than 2.828V.

After checking the data sheet, I found that the reference current does not exceed a few uAs. Considering the relatively low reference source voltage, a step-down regulator circuit should be selected.

There are many forms of step-down regulator circuits. A switching step-down circuit is not suitable as a reference voltage source due to its large ripple. In addition, although an LDO step-down circuit is effective, its withstand voltage is often too low and its cost is high. In the end, to stick to the principle of circuit simplicity and to keep the cost low, I chose the classic Zener reference source, as well as a 2.7-volt regulator tube. I also used a classic π-type filter circuit to smooth the output voltage and filter out the interference ripple.

Of course, this kind of circuit inevitably has the disadvantage of having a relatively large output internal resistance.

However, the input resistance of this chip is relatively large as well, so it will not cause any impact. This is shown in the figure below: 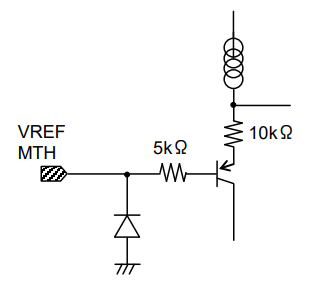 The input internal resistance is up to 5 kiloohms.

I redid the calculations, with reference voltage as 2.7 volts and the sampling resistance as 0.2 ohms. The output current is as follows, according to the following formula:

Note! The input voltage range of reference voltages (VREF terminal) is 0 to 3V.

There was already an explanation in the data sheet on how to set the decay mode. It is determined by the voltage value input to the MTH pin.

This design further reduces the number of components.

Considering the volume and the convenience of the settings, instead of using a DIP switch in the settings, I chose a small and compact adjustable potentiometer.

Note! The input voltage range on the MTH terminal is 0 to 3.5V.

This part is much simpler: it’s just a capacitor and a resistor connected in parallel, with one end grounded and the other end connected to the CR terminal. The PWM oscillation frequency can be set by adjusting the capacitance and resistance of the resistor.

Note! Although increasing the oscillation frequency helps improve the driving effect, an excessively high frequency will cause the switching loss of the internal MOS tube to increase significantly.

All logic input pins have built-in pull-down resistors, as shown in the figure below: 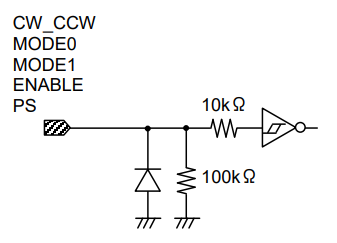 The input internal resistance is up to approximately 10 kiloohms.

When the voltage of all the logic input terminals is greater than 2V, it’s regarded as being at a high level. We can set the subdivision mode by connecting the 2.7V switch of the reference voltage source to the subdivision micro-step setting terminal with a two-digit DIP switch.

The power supply circuit all circuits have

In order to prevent the reverse connection of the power supply, I’ve set up a high-current (5A), ultra-low dropout (0.55V@5A) Schottky diode for preventing reverse connections, and because its conduction voltage drop is very low, resulting in low power dissipation as well. And most importantly, the circuit is simple!

In order to improve anti-interference performance and stability, I’ve set up multiple filter bypass capacitors and two large electrolytic capacitors, which can effectively reduce the internal resistance of the power supply and filter out the interference on the power bus (input and output bidirectional). 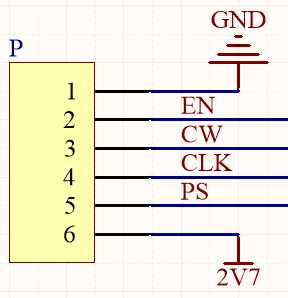 The stepper motor can already work normally at this point, but I wanted to optimize it, so I added the input interface ESD protection chip to prevent ESD damage (for all four inputs).

The BOM sheet and PCB diagram 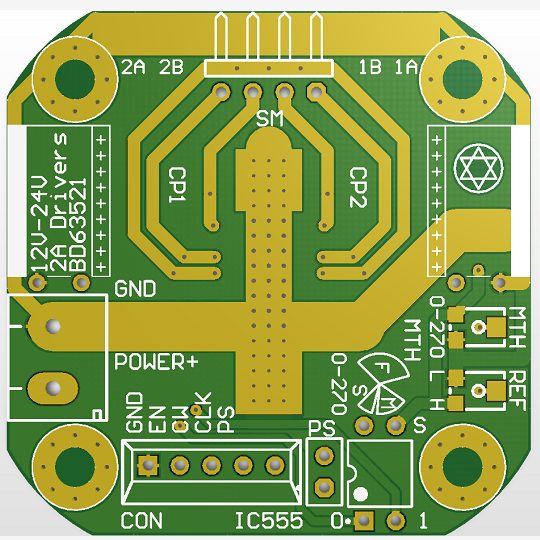 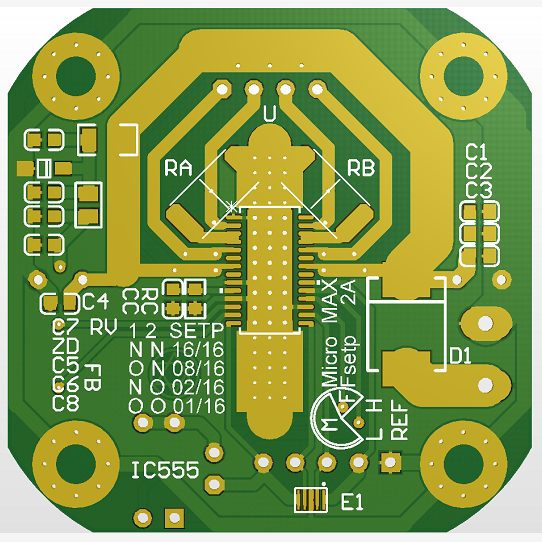