Question: When applying a torque load to a DC brush motor by connecting the motor to the driver output side, rotation will become difficult, decreasing rotational speed (RPM). At this point doesn’t the output current increase?

An equivalent circuit of a DC power supply connected to a brush DC motor is shown in Figure 1 below. 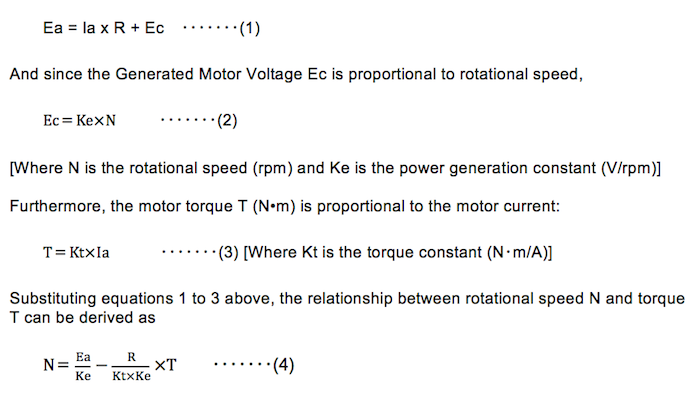 With equation 4 above, the graph of the relationship of the current with respect to the torque from equation 3 is shown in Figure 2. 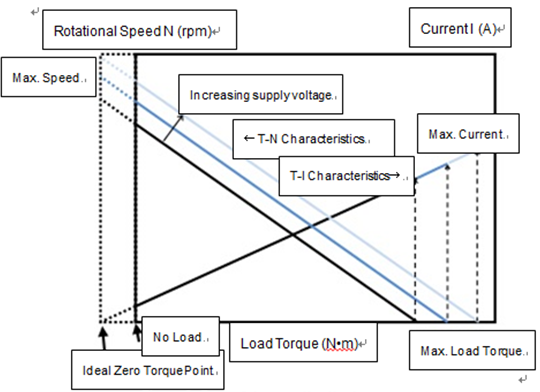 In actual motors, however, a small load torque will be present, even under no load conditions (i.e. due to friction), so the current will never reach zero at maximum rotational speed. (This is represented by the solid border in the above graph. The dotted border indicates zero load torque under ideal conditions.) Increasing the supply voltage will cause the T-N characteristics to travel to the upper right, approaching maximum rotational speed and load torque. The maximum current value will be reached under the T-I characteristics as well.