How to Measure Circuit Current with a Shunt Resistor 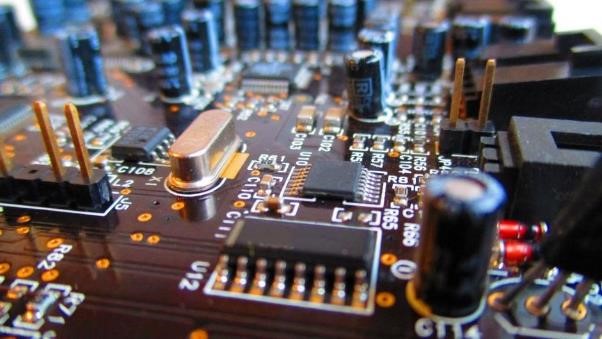 In recent years, there has been an increasing need for multi-functional and safety-improving electronic circuits that utilize current measurement. We will introduce a method of detecting current using a shunt resistor and actually run the current detection circuit to see how it behaves.

Measure the current to run the circuit safely

There is an increasing need for multi-functional devices and safety improvements that utilize current measurements for devices equipped with newer electronic circuits.
For example, a monitoring circuit for detecting overcurrent and the abnormal operation of a circuit and stopping it safely, a function for battery charging and battery capacity measurement, and current monitoring are also essential for motor control, so current monitoring has become an indispensable technology in modern circuit design.
We will introduce a method for detecting current and actually run the current detection circuit to see how it behaves.
The basics of current detection circuits and shunt resistance 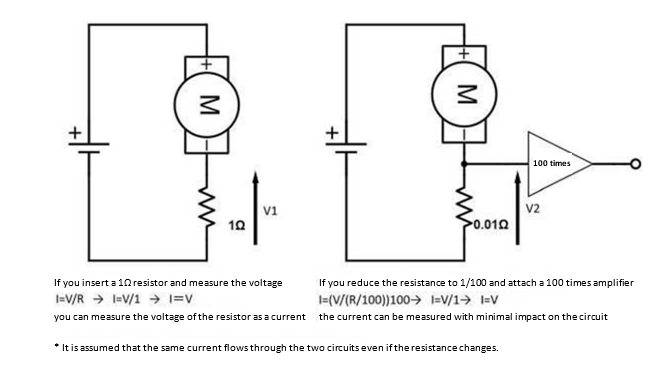 By the way, the shunt of the shunt resistor means “Shunt: avoid / drive away.” Originally, it meant the resistor was inserted in parallel to expand the measurement range of the analog ammeter. Recently, the chip resistor itself for current detection has been called a shunt resistor. Even if the usage changes with time, it’s common for the name to remain the same. 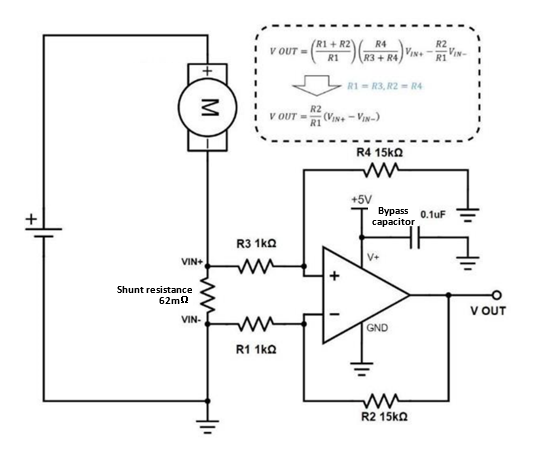 This is the current detection circuit to be manufactured. The differential amplifier circuit detects the voltage of the shunt resistor, then amplifies it to a voltage signal that is 15 times higher and outputs it.

The 62mΩ chip resistor is used for the shunt resistor. The maximum current value that can be measured is determined by the power consumption of the chip resistor. We are currently using a 1W product, so it becomes W = I2R, 1W ≒ 4A × 4A × 62mΩ, and it’s calculated that the current can flow up to 4A. 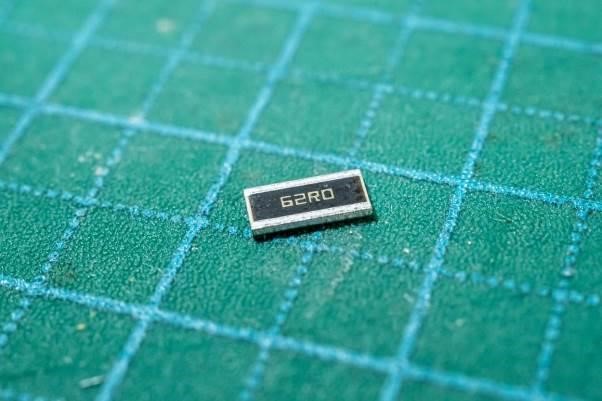 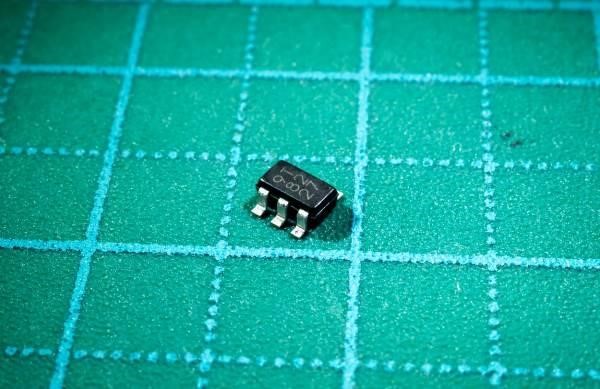 Since the current is detected by the shunt resistor, let’s explore how to detect currents using a simple circuit wired on the universal board.

Connect the load to the completed current detection circuit and observe the measured waveform. Connect a DC brush motor to the load. If the current can be detected easily, it should be possible to measure the current waveform at which the motor coil switches, as well as the state of change when a load is applied to the rotation. 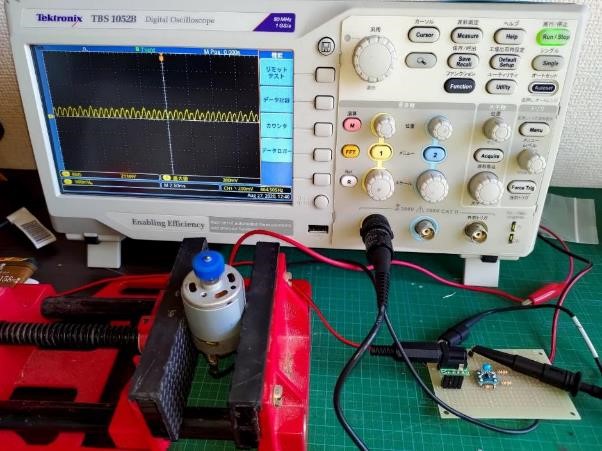 The shunt resistor is connected in series with the motor and power supply. The motor operates at 5V. 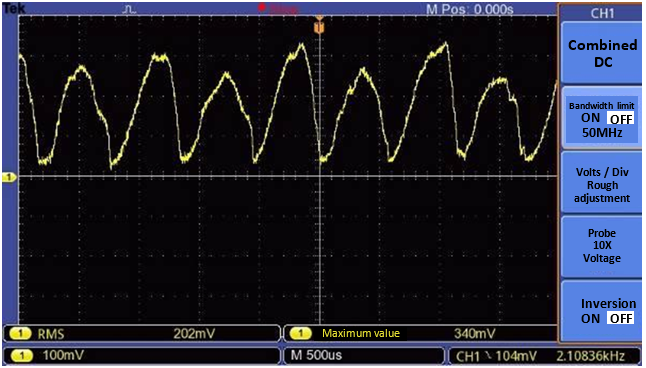 The no-load current of the motor is 0.32A. The effective value of the waveform output from the operational amplifier is 202mV, which is detected as 0.3A in the calculation. Both the oscilloscope and probe bandwidths are 50MHz.

When you rotate the motor, you can see that the current changes according to the switching of the commutator. When the load is increased to stop the rotation, the change in the current value detected by the shunt resistor also changes as a voltage signal.

If you connect the current detection output of the operational amplifier to a microcontroller board, such as an Arduino, you can detect the current of the motor in real time, enabling you to detect abnormalities such as motor lock and coil layer short.
If the current is detected, various functions such as the protection of the motor body / drive circuit from motor overload, as well as the detection of motor lock, can be added.

When you actually use the current detection circuit as circuit protection, select a product with a low resistance and a large current that does not exceed the maximum power of the shunt resistor.
We are using a general-purpose chip resistor, and as for the high-performance shunt resistors, high-power types that can handle high power up to 5W and highly accurate shunt resistors with ultra-low resistances of 0.1mΩ are also available. You can choose from a variety of shunt resistors to suit your needs.

This method of detecting current using a shunt resistor and an operational amplifier is widely used method because it’s low-cost, highly accurate, and easy to use. However, if a resistor is added and the circuit is adversely affected, it also has a distinct disadvantage: it cannot be used for high loads where the power loss of the shunt resistor is large.
In principle, the loss can be reduced by lowering the resistance value of the shunt resistor, since the voltage drop of the shunt resistor also decreases and it becomes more difficult to detect minute voltages, so there is a trade-off between the small shunt resistor and the detection accuracy.
In particular, current detection, which is used for controlling brush-less motors and DCDC converters and detecting the remaining amount of battery, requires both large currents and high-detection accuracy. Consequently, not only is a low shunt resistance required, but a high-precision operational amplifier is required as well.
When actually detecting currents using a shunt resistor, consider the maximum current and the application of the load you want to detect. This means that you need to assume the maximum current and predict how much accuracy and loss can be tolerated. Essentially, you’ll need to think about cost when proceeding with circuit design and component selection.

You should remember when using current detection for protection that since the current detection circuit itself only detects current, it’s necessary to add functions for protection and control. For example, it’s necessary to add a relay or a load switch so that it can be cut off, while you’ll also need to decide on the program or circuit for operating it, and under what conditions the protective operations are performed.
If a current detection circuit is installed, the circuit and control will become complicated and the threshold will rise a little, but it is an indispensable circuit for improving safety and stepping up electronics kits.