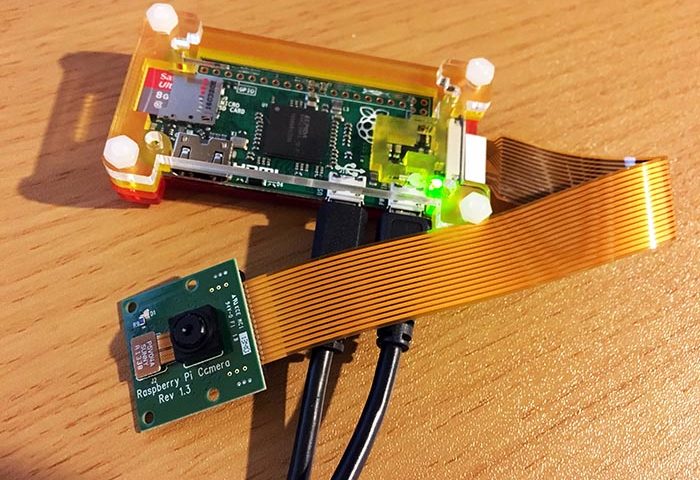 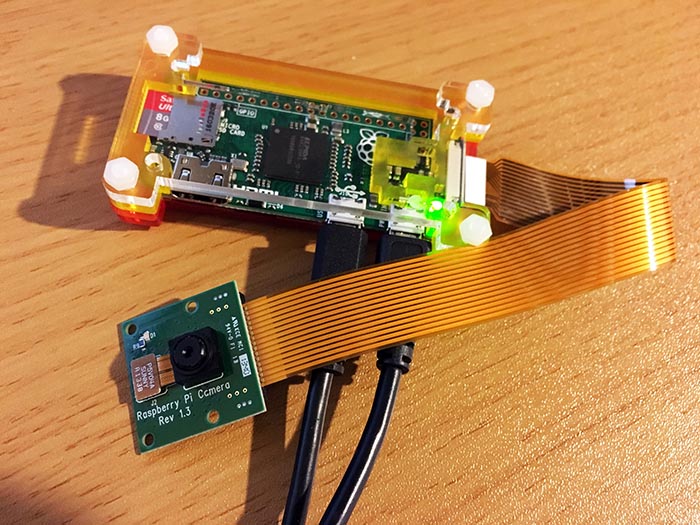 We’re also going to add some automation to it and make a fixed point Raspberry Pi camera! 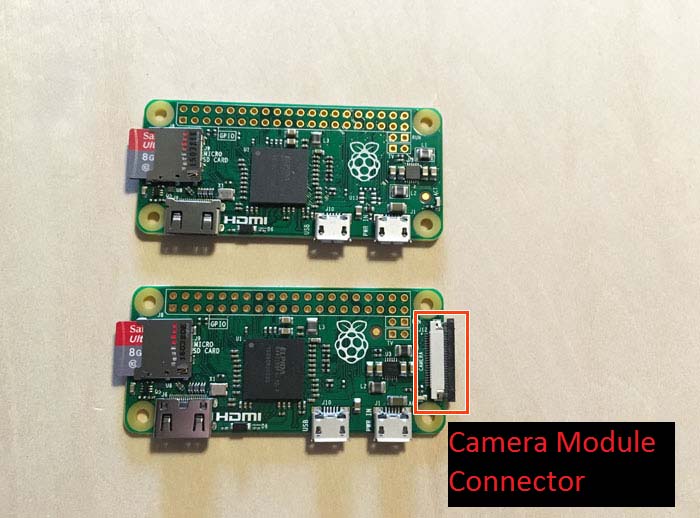 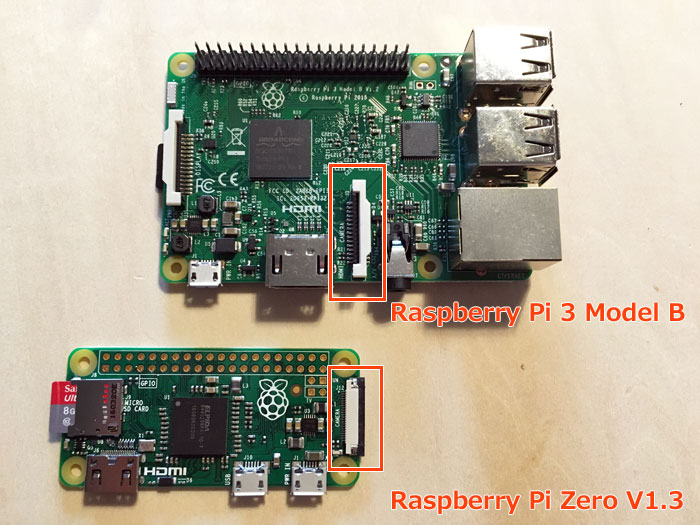 To connect the camera to the Zero, we offer a custom six-inch adapter cable. This converts from the fine-pitch connector format to the coarser pitch used by the camera board.

Like with the HDMI and USB ports, this is a miniaturized connector for a camera module!

Compared to the standard sized connector on the Model B series, this one is somewhat smaller and uses a custom 6-inch cable as noted in the above Raspberry Pi blog post. 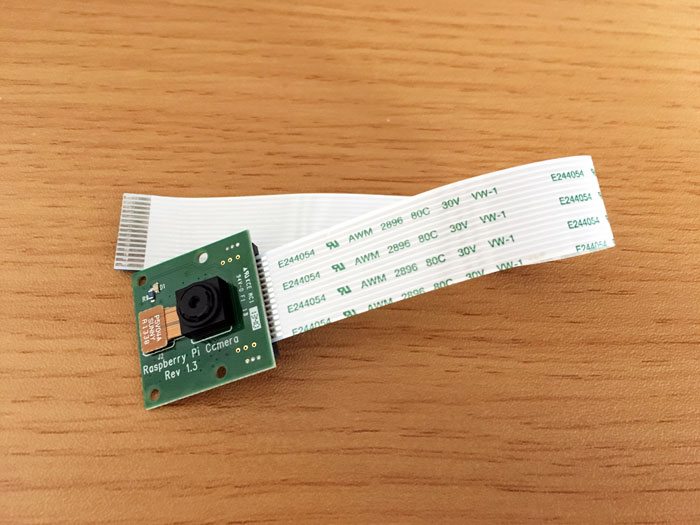 The camera used in this article is v1.3.  It’s slightly older than the current v2.0, which was released earlier this year.

So, when I tried to connect the camera cable to the Pi… 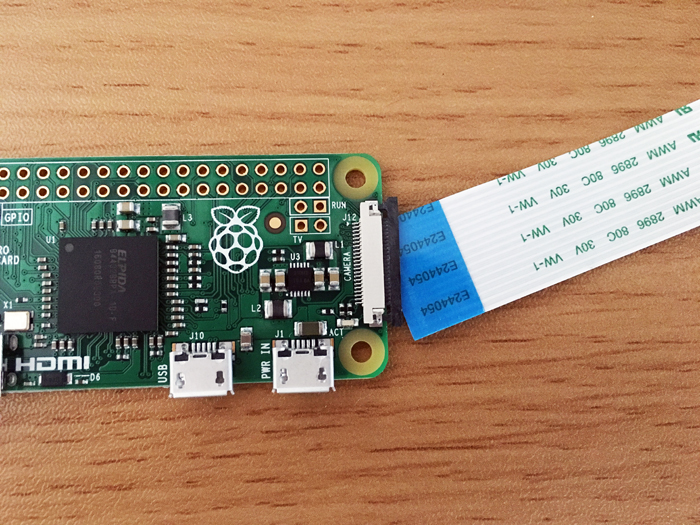 Like I said before, the size of the connector is different and I wasn’t aware of this until I actually tried it myself.

I thought maybe I had to buy a camera specifically for the Raspberry Pi Zero (i.e. v2.0) but it turned out I didn’t need to. 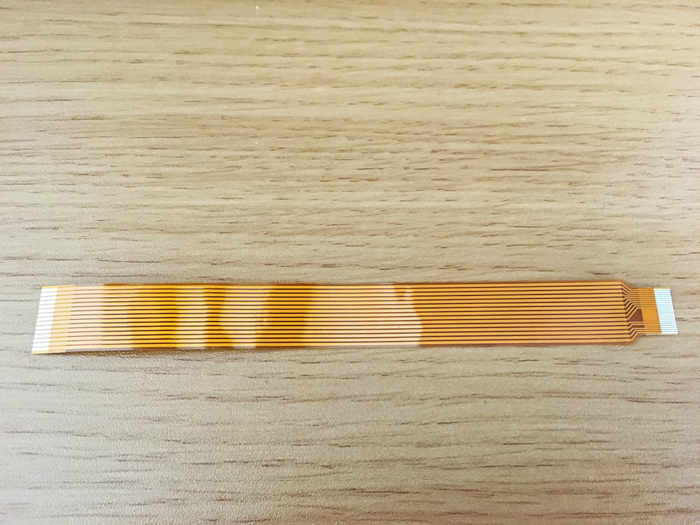 I discovered that I couldn’t detach the camera cable from the camera!  So, I was provided with this cable (Figure 5).

Would the camera work just by switching out the cable? 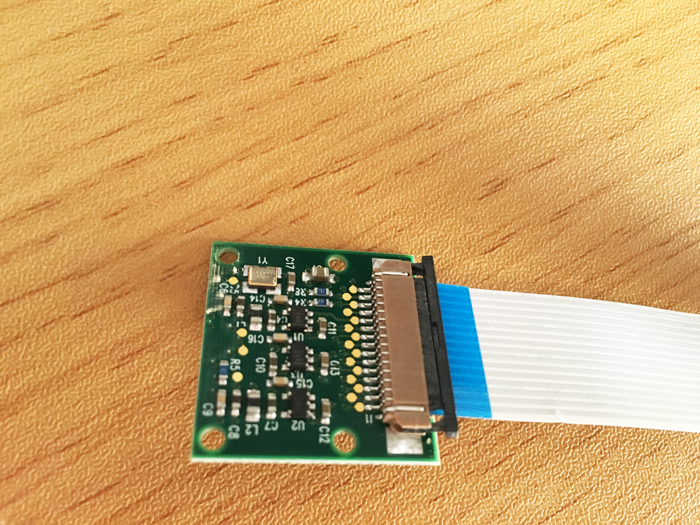 When I looked closely at the back of the camera, I realized that it used the same connector as is mounted on a Raspberry Pi.  So, when I removed the black stopper part, I was able to disconnect the cable.

After all that, I tried connecting up the new cable… 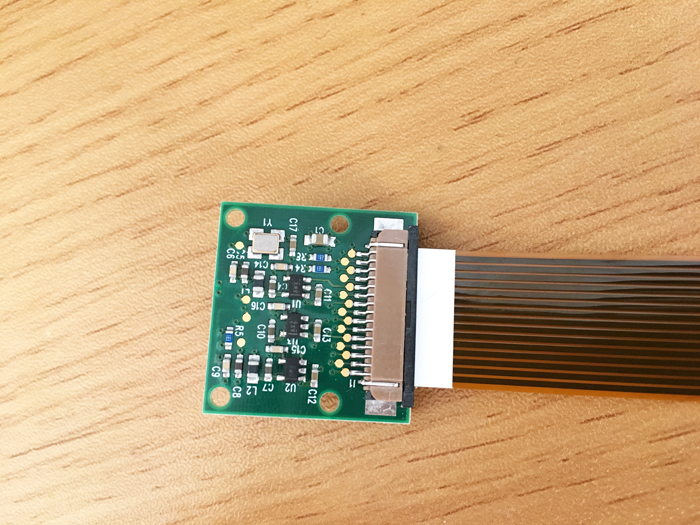 And it worked!  Now we’re done setting things up so let’s take some pictures!

Like always, I first updated Raspbian to the latest version.  In doing so, the system froze several times… it seems like using the desktop and the camera at the same time was too much of a load on the system.

So, I decided to try “Raspbian Jessie Lite.”

For detailed installation instructions, check out this thread on the official Raspberry Pi forums. Below, we’re going to quickly run through the process from installing Raspbian Jessie Lite to setting up the NAS.

Select “B2 Console Autologin” on the “3. Boot Options” screen.

Add the following code to the /etc/samba/smb.conf file

None of these items are actually required to use the camera.  I’m using the command line user interface, so this is my preferred setup.

Since we’re going to do some programming, I set up the NAS so we can easily move files between the PC and the Pi.

If the samba install doesn’t work, you may need to expand the partition to resolve this using the raspi-config tool.

Next, let’s setup the camera.

There is a documentation on the official Raspberry Pi site regarding the camera module. We’ll refer to the documentation as we proceed. 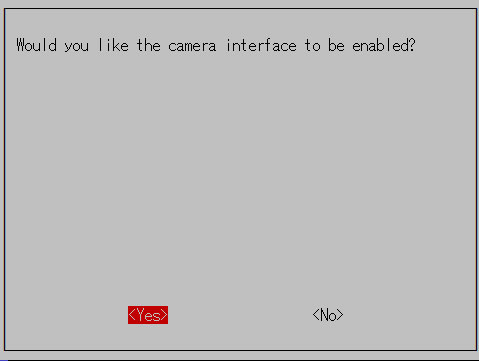 You’ll be asked whether you want to enable the camera, and then select “Yes”. 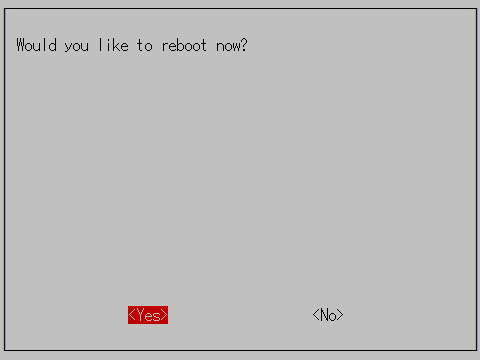 Now, select “Yes” when it asks if you want to reboot.  After reboot, we can use the camera!

According to the official Raspberry Pi site documentation, the two options available for using the camera are shell scripts and Python.  Since we’ve been learning Python, we’ll use that as we work with the camera.

You can find picamera documentation via the above link.  There’re also plenty of sample codes for us to test!

Using just 3 lines of code from the documentation, I was able to take a picture! 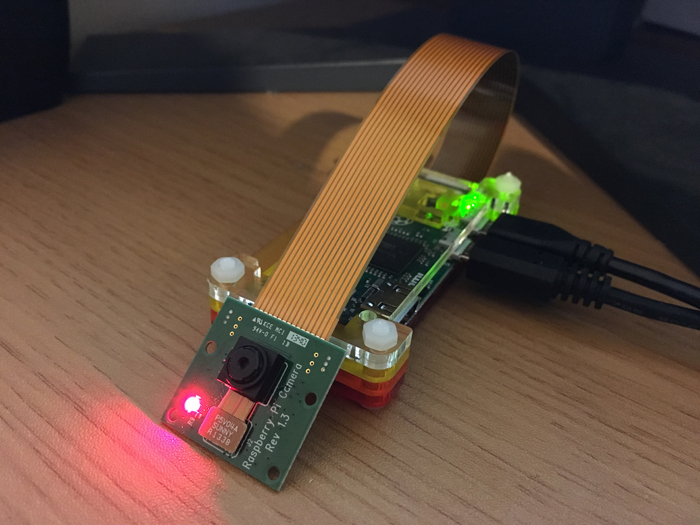 The LED on the module lights up red when taking a picture. 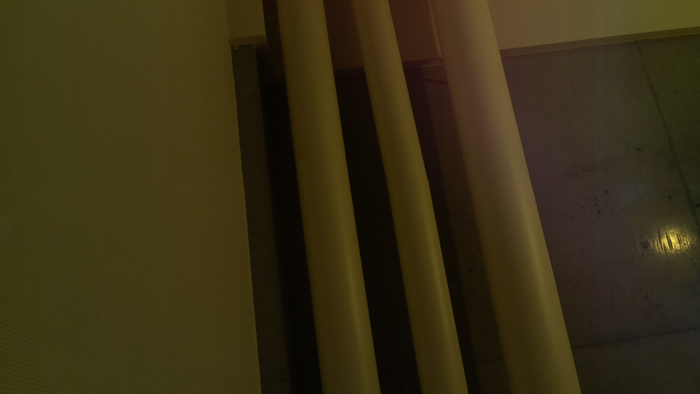 …I got a nice shot of the pipes in the ceiling.

By default, the image files are saved in the directory where the program is run (in /home/pi/ if logged in as the “pi” user).  I want to have them saved to the NAS so I passed the argument “nas/image.jpg” in the “camera.capture” function.

In addition to taking pictures, picamera can also display a preview of what the camera is seeing in real time.  In order to set the start and end, we need to use the “time” library.

The preview can only be displayed on a display directly connected to the Raspberry Pi.  You won’t be able to see it on a PC if connecting via SSH.  It seems like a waste of the small form factor if you have to connect to a display…but maybe it’s not needed with the Raspberry Pi Zero anyway.In the above code, the preview is displayed for 10 seconds.  Since this is Raspbian Jessie Lite’s command-line interface, the preview can be displayed very precisely.

You can set the extension on the file name to either .h264 or mjpeg. If you use another file format that’s not supported, it might freeze and stop working.

The “time.sleep()” function is used in the sample code on the official Raspberry Pi site. However, the explanation in the picamera documentation recommends using the “picamera.wait_recording()” function instead.

For this next step, we’re going to make use of our old friend cron to schedule a program that takes and saves pictures to run automatically.

This program takes a picture every 10 minutes and saves it using the timestamp (when the picture was taken) as the file name. It also creates a new directory each day and saves all the pictures taken that day to that folder. I set the save location as the NAS directory so that pictures can be accessed from a PC.

Next, register the program with cron so it can be run automatically.

Add this line to the bottom of the file.

If you see new files appearing every 10 minutes in the folder, that means it’s working!  If the image files don’t have the correct time, check the timezone setting in the “raspi-config” tool.

With that step, we’ve made a fixed point Raspberry Pi camera! In thinking about this program running for a long period of time, it seems like it would be better for the Pi’s power source to be an electrical outlet rather than a battery. A fun application for something like this would be to document the growth of a plant over time or anything that grows/changes little by little over time.

The Raspberry Pi Zero doesn’t have GPIO pins mounted and requires significant effort to connect buttons and sensors.  The more components you add, the bigger it gets and the more power it consumes. If you add a bunch of stuff to it, the value of the Zero drops in comparison to other Pis. For this reason, I recommend using it for applications like the fixed point Raspberry Pi camera we built in this article.