A Discussion about the Present and Future of the Maker Market 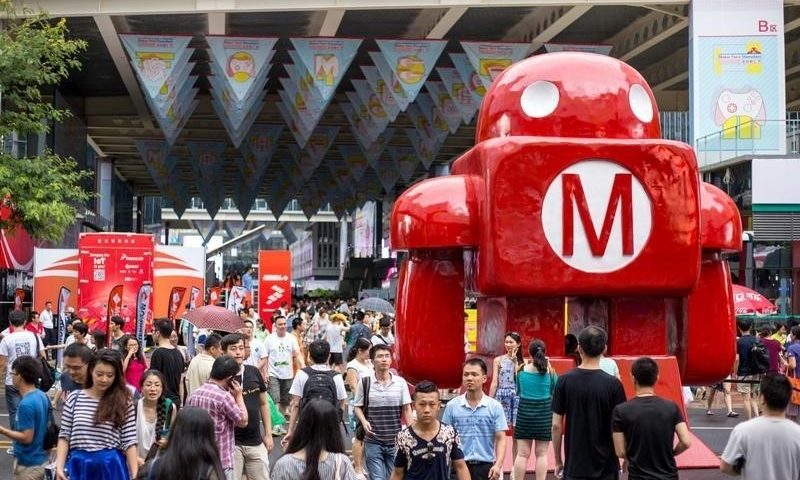 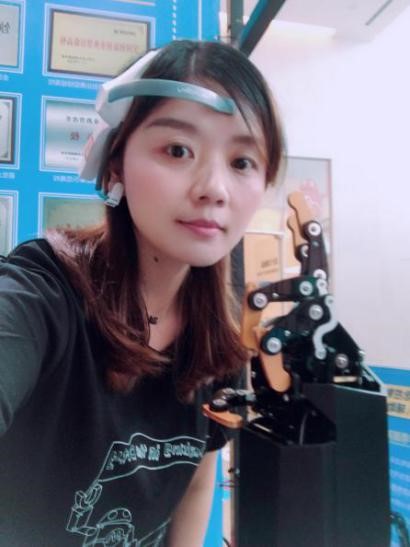 As the curator of MakerFaire Shenzhen, she first set foot in the open-source hardware ecosystem in 2013. In 2015, she was met by Premier Li Keqiang and introduced Chaihuo’s innovative ideas, entrepreneurial practices, and talent development, all of which were praised by the Premier. At present, she is mainly responsible for leading a team that attracts innovative talents/technology/solutions to meet the industry’s demand for innovation, while also upgrading and promoting innovative projects. She has an in-depth understanding of open-source culture, keen market insights, and excellent execution, as well as extensive experience in the operation and management of Maker Space.

The Origin and Development of Makers

“Maker” is a term used to refer to people who are “savvy in technology and keen in practice,” who take delight in sharing technology and exchanging ideas. Maker culture originated from garage culture in the United States, advocating DIY creation. With the popularization of digital manufacturing tools and the support of open-source software and hardware, the Maker community keeps developing and growing and has contributed to promoting innovations in the fields of manufacturing, engineering, industrial design, hardware technology, and education. Maker culture has gradually evolved into an innovation movement – the Maker Movement – that promotes the concept of open innovation, cultivates cultural and technological creativity, and fosters the practice of public creativity on a global scale. 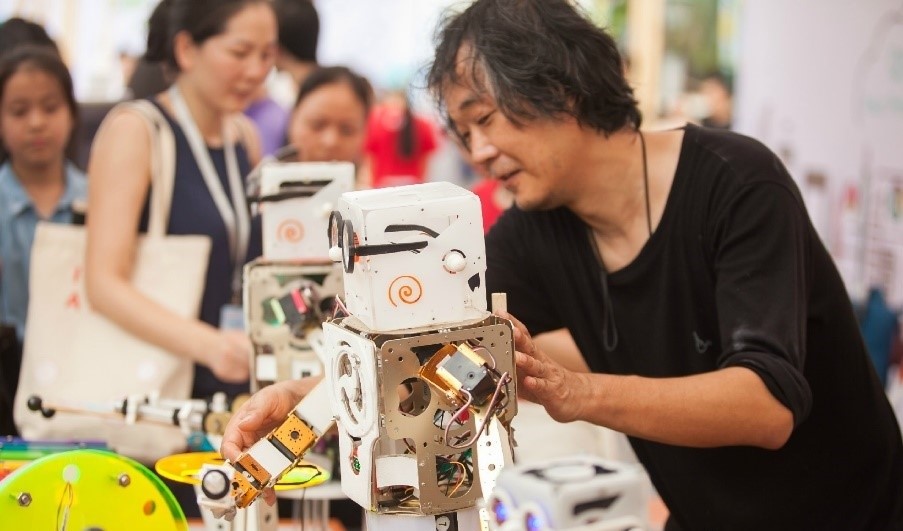 The rise of the Maker Movement was marked by the formation of Maker Spaces, which are the main place for Makers to engage in creation, either independently or in cooperation with others. Maker Spaces originated from Hacker Culture and Hacker Spaces in Europe. The earliest ever Maker Space was the Chaos Computer Club (CCC), founded by German programmer Wau Holland on September 12, 1981, in Hamburg, Germany. It is now the largest hacker association in Europe. Since 1999, the CCC has been holding the Chaos Communication Camp – an outdoor activity – every four years, so that hackers from all over the world can set up tents in a field camp to polish their hacker skills in front of computers and nature. In 2007, a group of American hackers participated in the Chaos Communication Camp and began planning to bring this new event into the United States. Influenced by the German Maker Space, Makers on the east coast of the United States founded NYC Resistor in New York in 2007, followed by HacDC in Washington, while Makers on the west coast founded Noisebridge in San Francisco in 2008. From 2009 to 2011, China’s first Maker Spaces sprouted one by one in Shenzhen, Shanghai, and Beijing, becoming the first group to accept European and American Maker Culture and initiate the Chinese Maker Movement. 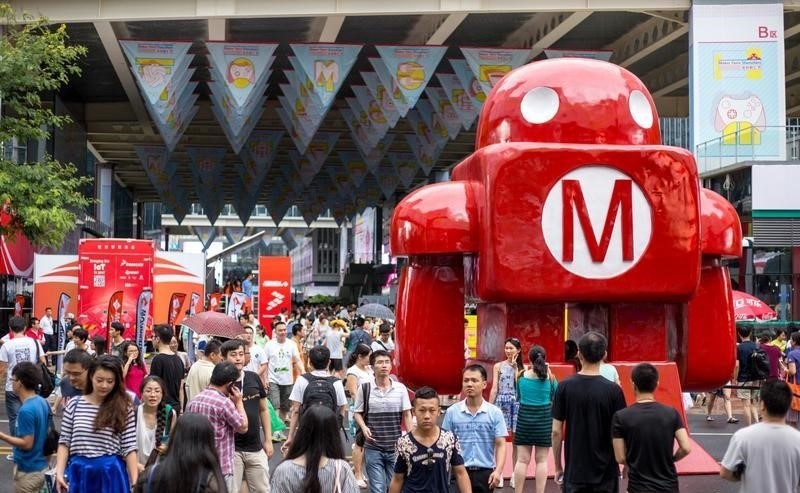 After the Maker Movement was introduced into China, it merged with Chinese social characteristics and environmental factors, causing it to develop very differently than it had done in the West. The development of the Maker Movement in China has gone through three main phases. The first phase, where participants in the early stages of development were mainly niche DIY enthusiasts, presented mainly in the form of community exchanges and technical explorations. The second phase was initiated after Premier Li Keqiang visited the Chaihuo Maker Space in 2015. During this phase, “Mass Entrepreneurship, Public Innovation” was formally included in government work reports and supporting innovation and entrepreneurship became a key national strategy. Under the guidance of favorable policies, Maker Spaces, co-working spaces, incubators, and other crowd-innovation spaces that serve Makers are continually emerging. Exhibitions, competitions, and activities related to innovation and entrepreneurship are flourishing, and Maker culture has been vigorously popularized. Around 2016-2017, the Chinese Maker Movement entered its third phase. A large number of crowd innovation spaces withdrew from the public view because they were unable to find reasonable business models. The Maker community slowly returned to having a rational attitude towards innovation and entrepreneurship. Furthermore, the focus of entrepreneurial projects has gradually pivoted towards being more practical, while the Maker community has also begun paying more attention to improving their professional skills and innovation capabilities, rather than blindly pursuing entrepreneurship.
The development of the Maker Movement in China has had a significant social impact on the domestic economy, education, and culture. In economic terms, the Maker Movement has promoted the popularization of the means of production through innovative economic systems, optimized the relations of production, and – to a certain extent – promoted the development of economies, science, and technology. In the field of education, it has fostered innovative talent by promoting deep learning and educational equity. And culturally, it has enriched cultural content, improved cultural forms, and enhanced cultural understanding.

The Positioning and Goals of Chaihuo Makers

The Chaihuo Maker Space was established in 2011 by Pan Hao, the founder of Shenzhen Seeed Technology Co., Ltd., who believe “the fire will burn high if everybody adds wood to it.” It is the first Maker Space in Shenzhen. Since its establishment, it has been promoting the spread of Maker Culture and facilitating innovation and entrepreneurship. It has become a bridgehead for domestic and foreign Makers to connect with Shenzhen’s industrial resources.

Positioned as “an international innovation and entrepreneurship platform for in-depth service industry innovation and upgrading,” Chaihuo is committed to gathering innovative international talent and providing Makers with a free and open collaboration environment and mature open technology. In doing so, they hope to encourage cross-border exchanges and promote creativity. At the same time, it’s building a platform for collaboration between Makers and industries based on the innovation needs of traditional industries. Chaihuo encourages grafting mature and innovative solutions from the global Maker community into local industry, deepening their understanding of industry needs, and using open technology to solve pain points, thereby promoting innovation. In addition to its headquarters in Shenzhen, Chaihuo has established a branch in Shijiazhuang city, Hebei province, focusing on the “technology ecosystem,” introducing international innovation solutions, and vertically serving the needs of local enterprises for technological innovation and upgrades. 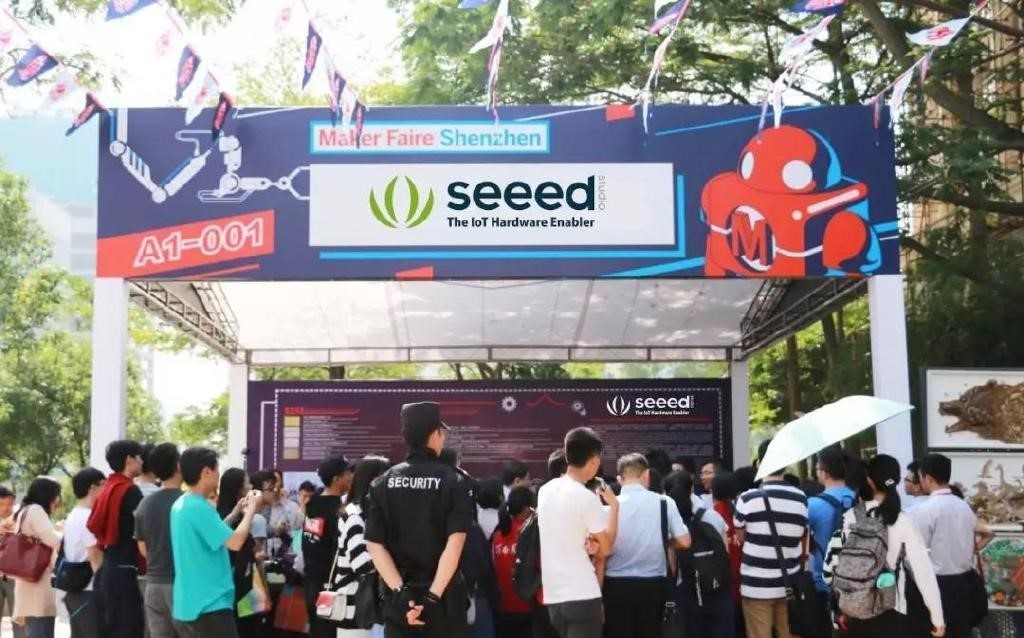 China’s innovation and entrepreneurship relies on a strong domestic supply chain and manufacturing ecology. Therefore, the domestic Maker community looks at the relationship between market demands and innovation projects more rationally, focusing on the application and innovation of mature technologies. As a result, it’s much more pragmatic and market-oriented. 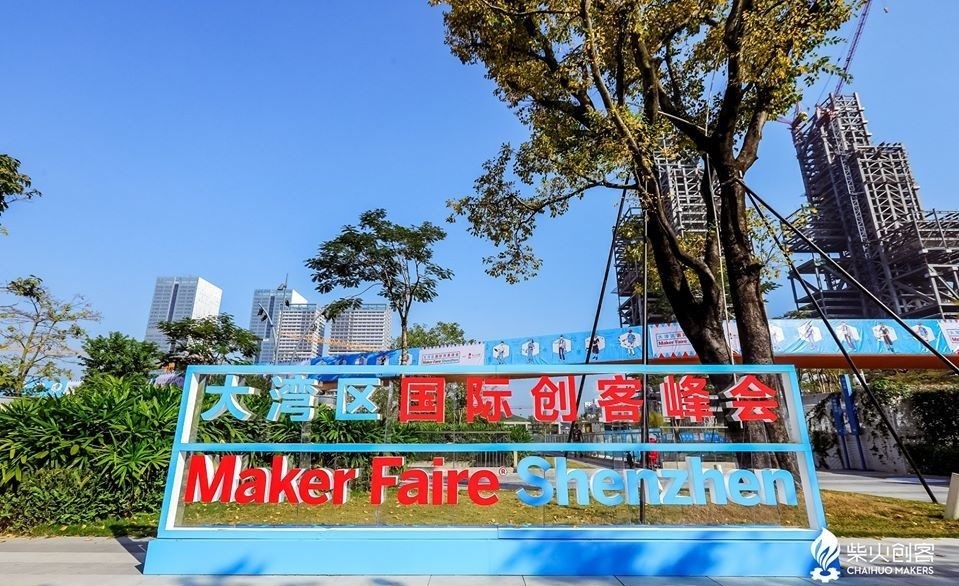 At present, the commercialization of domestic Makers and their entrepreneurial projects in China mainly takes three paths. The first is to directly carry out consumer-level product innovations, walking the road of product innovation marketization. However, due to limited market demand, very few teams can succeed on this path. The second is to combine the innovations of the STEAM education kit with the output of course services, leading to commercialization by providing education services for Makers. There are many teams currently on this path. However, it places a high demand on the team’s ability to optimize the educational ecology and accumulate educational resources. The third is to connect with the actual innovation needs of the industry segment, providing customized and mature solutions for the industry in order to realize commercial operations. This type of team generally needs to put more effort into the education market. In addition, these Maker groups have diversified individual skills but lack team strength. Therefore, it’s challenging for them to focus on specific industry scenarios and meet industry needs for technical solutions and application innovation.

In July 2019, the Chaihuo Maker Space and Rohm Semiconductor formally established an annual community-based partnership. They aimed to combine the respective advantages of both parties to promote the introduction of open technology from upstream technology manufacturers into the Maker community, while also driving community innovation through scientific and technological information and community activities. Since the establishment of their partnership, Chaihuo Maker Space and Rohm Semiconductor have jointly initiated a series of community events centered around “sensors” and “stepper motor drives,” attracting hundreds of Makers from different professional backgrounds to participate in the exchanges. 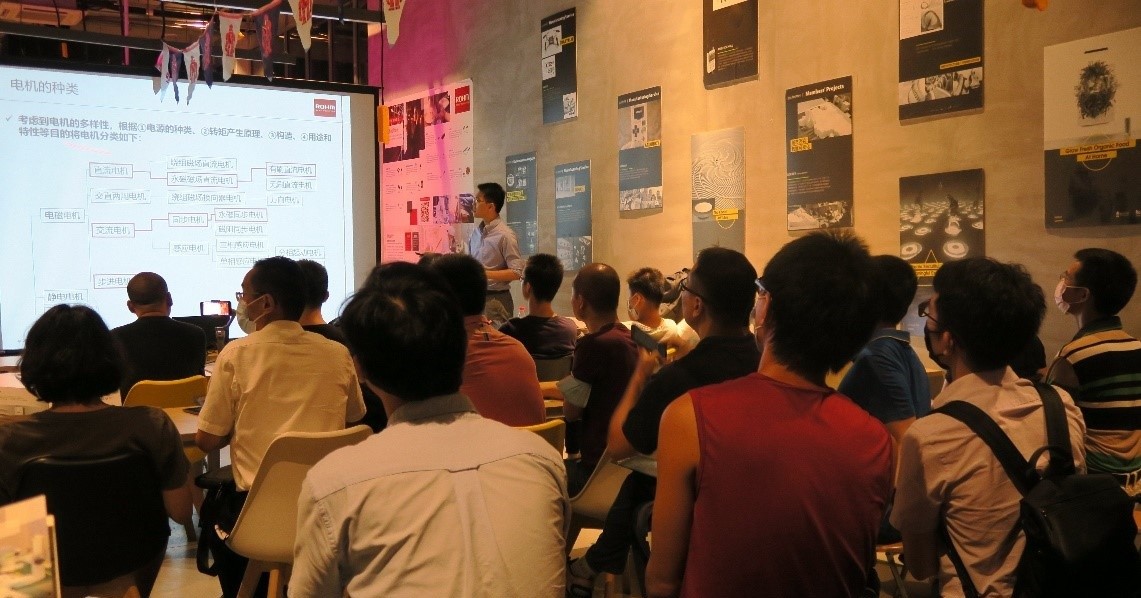 In addition, with the help of Chaihuo’s community platform, ROHM is able to release cutting-edge technical products on a regular basis, provide a platform for the community to continuously obtain technical products and improve their personal and professional skills, and promote the establishment of deeper links between ROHM and the community.
Talent is one of the most important factors when it comes to innovation. Since its inception, Chaihuo has continued to cultivate the international open-source technology community, aggregating and cultivating a large pool of international talent with professional innovation capabilities. We also look forward to working with upstream semiconductor manufacturers such as ROHM to launch more technologies and products in the Chaihuo community. Finally, we hope to produce innovative solutions and demos based on actual scenarios emphasizing the diverse human resources and strengths of the Chaihuo community, while also promoting the practical implementation and application of innovative technologies.