Beyond the Wii Remote and Xbox Kinect: What’s Next for Gesture Technology 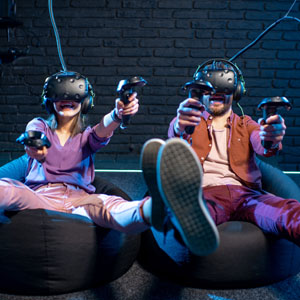 Keyboards and mice are on the way out. What’s going to replace them? Gesture interfaces where your hand movements guide computers, watches, and other devices are here. Find out where gesture technology came from and how it’s evolved from its origins in entertainment to become the next frontier in human-computer interfaces. 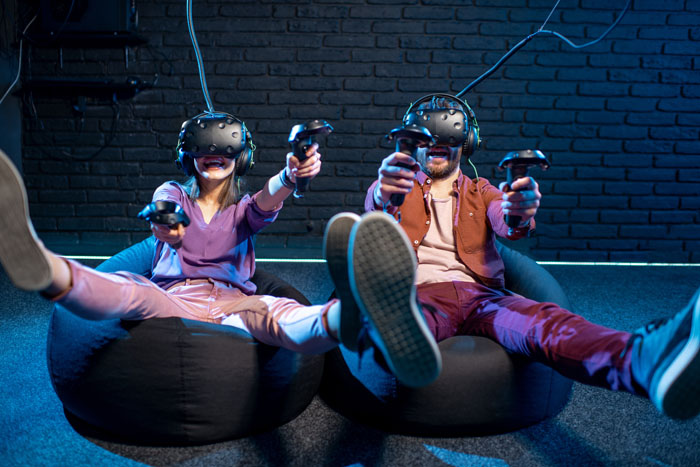 Demand for fresh and immersive experiences drove the video game industry to develop gesture technology. Nintendo launched the Wii Remote with gesture capabilities in 2006. User movements could be sensed at a distance of up to 16 feet. The main technical drawback was reliance upon infrared light to transmit data. This meant that other light sources such as a candle in a living room could interfere with the signal. On the other hand, the Wii Remote did make notable advances in terms of vibration feedback. However, the fine details of gesture control as seen in the 2002 movie “Minority Report” weren’t possible with this device.

Beyond The Wii: Gesture Technology for Your Whole Digital Life

In contrast to the simple, specialized devices used in video games, the Myo Armband shows a different path for gesture interfaces. Fitting around your forearm, the device runs on lithium-ion batteries and communicates using Bluetooth. In contrast to the Wii Remote and similar technologies, the device reads electrical impulses in your muscles rather than receiving infrared impulses from a controller. Practically, that means this device offers a much more detailed level of control. While the product was made for general computer use, “gaming is where the Myo really shines,” according to a Time review.

Unfortunately, Thalmic Labs stopped production of the Myo Gesture Control Armband in late 2018. While this is disappointing, there’s cause to remain hopeful about the technology. Given that the company is backed by Amazon, it’s easy to imagine gesture technology may arrive someday in hardware such as Amazon’s smart speaker or other products.

How Gesture Interfaces Are Used Outside of Entertainment

If you’ve only seen gesture technology in gaming, you might be inclined to write off this technology as frivolous. That’s a mistake for two reasons. First, the video game industry is worth billions of dollars in annual revenue. Second, gesture technology is being developed for other use cases. For example, conventional interface devices such as keyboards and mice aren’t suitable for all human users. For instance, people who have disabilities or injuries may be the next frontier for gesture-based interfaces. If we take the example of a Myo Armband-style device that can interpret muscle impulses, these devices could empower people with missing fingers or similar problems.

Gesture technology or gesture interfaces have a long hardware history. Older readers might remember the Clapper, released in 1986. This single function device was designed to interpret one gesture, namely the sound of hands clapping, and turn objects off and on. Consider that version 1 of gesture technology: one gesture for one purpose.

The next generation of gesture technology offered the user more flexibility. Once again, video game companies made an important contribution. In 1989, the Power Glove was released for the Nintendo Entertainment System (NES). Fitting over one hand, the device helped users to control video game characters. Though it required a wired connection, the Power Glove was priced at $90, which made it affordable for affluent video game fans. By 1990, the Power Glove was discontinued. It was too early for the device to take off. Still, it showed that gesture devices could be used for much more than turning lights off and on.

The current generation of gesture interface hardware interprets gestures in a few different ways. Some devices, such as the Wii Remote, require the user to manipulate a device by hand. Others, such as the Myo Armband, can read muscle movements to a degree. As sensor hardware becomes cheaper and smaller, we can continue to expect greater innovation in gesture technology. Gesture technology has arrived in smartwatches: the Clip smartwatch by Flicktek reads hand gestures, no touchscreen required. If embedding gesture technology into existing devices becomes commercially popular, we can expect to see gesture tech take off in popularity.

Our Prediction for What’s Next in Gesture Technology

The future is bright. When it comes to the future of gesture technology, we see some exciting possibilities and social concerns at play. On the technical level, the rise of facial recognition software and cameras suggests the possibility of hardware reading facial impressions. For example, a severely injured or disabled person could use gesture technology to interact with computers quicker. Instead of selecting a single letter or word at a time, this system could be more flexible. In this way, gesture technology could play a significant role in empowering people disadvantaged by conventional digital technology.

Social norms may limit or slow the adoption of gesture technology. For example, will gesture technology usage be considered rude in some cases? How will the security of data entered by gesture be guaranteed? These are some of the questions that engineers and entrepreneurs will need to solve next to help gesture technology thrive.