Go Inside the Drones That Are Changing Food Delivery 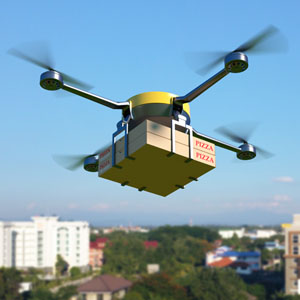 You’ve probably seen or used drones in parks and at home. You can race drones or have fun creating 3D maps with drones. Drone technology is about to change. It’s going to change the game for food delivery. Let’s find out how the technology works and how these innovative companies are making it happen. 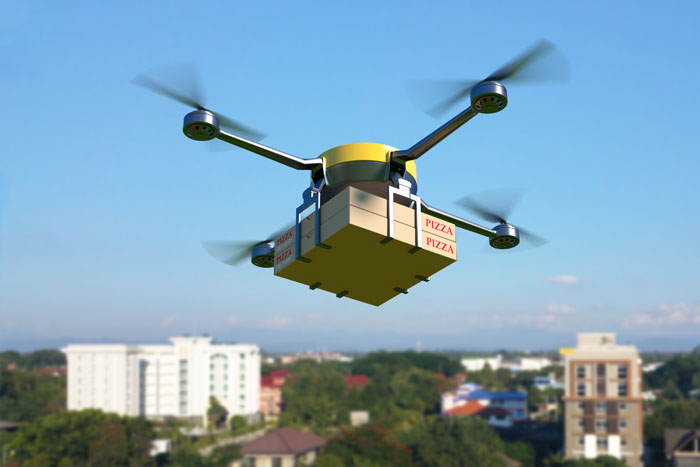 Building upon its logistics and technology expertise in transport, Uber has moved into the food delivery business. As with transport, the company started by offering food delivery with drivers. However, that model brings problems. Uber’s labor practices have been highly criticized by journalists, activists, and others. One approach to solving those problems: use more technology.

With this approach, the end customer doesn’t need to interact with the drone, which improves safety because drone landings can upset people. The other advantage of Uber’s approach is that it can prepare and control landing areas free of obstructions. Surprisingly, pricing for this delivery service won’t be high. Bloomberg reports that pricing will be comparable to existing food delivery: approximately $8.50.

In its initial testing, Uber is using the “four-foot-long, six-armed AR200 drone with a custom-designed payload box,” as noted by Bloomberg. By using a standard payload box, some of the complexities of drone delivery are simplified. A standard box reduces the chance that the drone’s capacity will be overloaded.

The AR200 Drone That Uber Is Using for Drone Delivery

Let’s explore the AR200 drone hardware’s capabilities to see what it can do. Built with a maximum payload capacity of 7 pounds, this drone can carry more cargo than many models on the market. That carrying capacity doesn’t come at the cost of speed, either! This drone has an estimated flight time of 45 minutes. It’s built for a cruising speed of 18 miles per hour and can travel up to 35 miles per hour. Since the drone requires approximately two hours to charge fully, the AR200 is capable of multiple delivery runs per day.

While that speed is slower than cars, remember that the drone can fly above traffic and move in straight lines. Based upon these figures, we can estimate a drone would be able to service locations within a 9-10 mile radius, assuming a return trip at cruising speed. Uber’s actual service area will likely be different, but this estimate suggests it’ll require a large number of drones to cover San Diego, which is 372 square miles in size.

While the AR200 drone has some impressive features, it does have significant drawbacks and limitations. The drone cannot operate safely in icy and rainy conditions. Fortunately, San Diego weather is known for its sun, with an average of 266 days of sun per year. In addition, the drone cannot operate in high winds; anything beyond the 20-28 miles per hour wind speed level isn’t recommended. Finally, the drone is unable to perform when there are strong magnetic fields present. Thankfully, this last restriction won’t come up too often.

Why Is Drone Delivery Becoming Popular?

Uber isn’t the only company looking into using drones for delivery; Amazon and Google are also developing drone delivery services. There are social and technological factors driving the drone delivery boom. On the social side, customer expectations for fast delivery such as overnight or same-day shipping in e-commerce have set a new bar for delivery service. Further, the stress of daily life means more people are willing to pay for delivery. In fact, Uber Eats is one of the fastest-growing segments within Uber.

Further, some consumers may view drone delivery as more environmentally responsible than car delivery because drones operate on electric power.

Technologically, a few drivers are making a difference. Continuing improvements in battery hardware, driven by companies such as Tesla and Apple, are improving battery capacity. As a result, drones can fly faster for longer durations. LIDAR, digital cameras, and other hardware are enabling safer navigation in urban areas. GPS hardware helps a drone to plan a route at a high level. Once in flight, LIDAR and camera hardware help the drone avoid hazards such as other drones, birds, and power lines. Since safe drone operation is limited by weather conditions, you also need hardware like pressure sensors to measure changing weather conditions. Pressure sensors make it simple for the drone to detect weather changes and alert the pilot to land the device safely. Add it up, and you can see why more companies are investing more in drone delivery services.

Our Predictions for the Future of Drone Delivery

When drone delivery services were first proposed, many people laughed at the idea. Remember how Amazon’s first drone delivery announcement in 2013 was greeted? That’s started to change thanks to support from government authorities such as the Federal Aviation Authority. Regulators are taking a measured approach by approving small-scale pilot projects to evaluate the technology. Now that legal and regulatory uncertainty is dropping, drone delivery services are likely to multiply.

The next frontier in drone delivery technology will require greater power and navigational accuracy. Right now, drones have a long way to go to catch up with the operational flexibility of commercial aircraft. For example, a rainstorm will effectively shut down drone delivery. By adding LIDAR and better software to drones, delivery services will be able to fly safely in more demanding conditions.