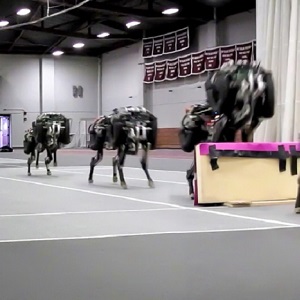 Black Mirror continues to deliver dystopian visions of the future, including robotics. In “Metalhead,” dog-like robots have turned on humanity. We are being hunted down by these ferocious devices. In an EW interview, Black Mirror series creator Charlie Brooker shared his perspective on the robots:

[Question:] You never filled in questions such as: How did the robots take over? Is anybody controlling them? Did you figure that out and is there any backstory you can share?

[Answer:] We sort of deliberately decided not to flesh out a lot of the backstory. 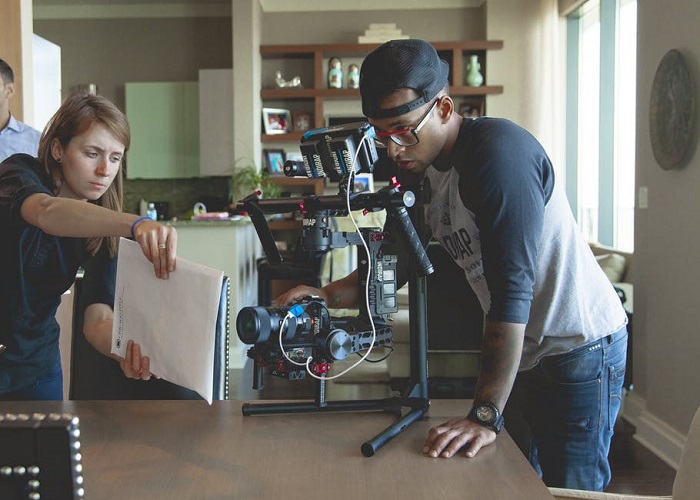 For technologists and science fiction fans alike, the lack of world building and backstory is frustrating. There’s a significant difference between autonomous robots running amok versus being controlled by humans. Are we dealing with ground-based drone weapons or AI? It is unclear from the story. We hope for the drone story, because AI takeover dystopias are too scary to consider!

What Do We Know About Black Mirror’s Metalhead Dogs?

Aside from their violent tendencies, we know a few facts about these terrifying dog-style robots. The robot can track and follow humans. It also appears to have a substantial power source because the protagonist is constantly on the run. Despite their small size, these Metalhead dogs have ranged weapons akin to small-scale artillery. 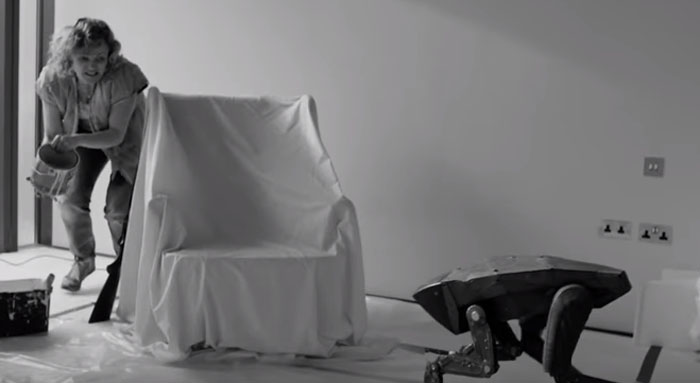 We cannot say for sure which innovations inspired Black Mirror. Media speculation has highlighted the SpotMini, created by Boston Dynamics, as the closest direct parallel in our world. With a 90-minute battery charge, the four-legged robot weighs about 66 lbs (30 kg) with its arm attachment. The robot’s arm attachment is a notable development because it can pick up objects and can open doors (unlike real dogs). This door opening ability implies the SpotMini could operate successfully within buildings.

While SpotMini lacks weapons, it does have a military heritage. A 2015 Boston Dynamics robot called BigDog was designed as a “robotic pack horse” for the U.S. Army. According to the Guardian, the army was not interested in the device because “it was too noisy.” In contrast, another biologically inspired robot – the Insect-inspired MEMS Microbot – would probably escape notice in most environments. Could the SpotMini be hacked to wield weapons like the Black Mirror metal dog? We will return to that question at the end. For now, let’s turn to another real-world robot with impressive abilities — the MIT Cheetah.

What About the MIT Cheetah Robot? 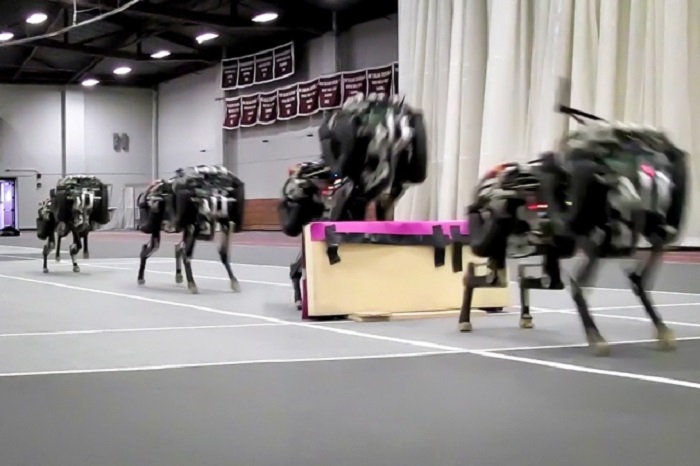 Unlike the SpotMini, the MIT Cheetah has a different purpose — helping people. Capable of running 14 miles per hour, the Cheetah 3 was demonstrated in July 2017. TechCrunch quotes MIT Professor Sang-bae Kim on the plan: “Our vision changed to wanting to use this in a real situation, to dispatch it to Fukushima.” In addition to four-legged transport, the Cheetah can interact with humans by voice command through Amazon Alexa.

In 2011, Japan’s Fukushima Daiichi nuclear disaster occurred following an earthquake and tsunami that hit Japan. Responding to the emergency was difficult due to the radiation dangers involved. Using the Cheetah in a disaster recovery scenario could save lives. That said, putting the MIT Cheetah in the field is little more than a dream at this point. As far as we can tell, the MIT Cheetah is far from commercial production. Further, the Cheetah’s estimated battery life is less than an hour, so it would need to be transported close to its final destination to be helpful. Once there, it might serve a useful reconnaissance function, such as finding out if there are any human survivors in the area without risking the life of human rescuers.

Friend or Foe: Are Black Mirror Robotic Dogs in Our Future?

How much do we need to worry about Black Mirror style robots running amok? Based on the two examples, the threat is minimal. The SpotMini’s power limitation means that it would either stop dead in its tracks after about 90 minutes or require charging apparatus. It is also notable that the U.S. military appears not to consider these devices battlefield ready. With the SpotMini, there seems to be no intent to equip the robot with offensive capabilities. That said, the SpotMini could pick up a dangerous object like a knife and do damage that way. The carrying capacity of these robots would be sufficient to carry small arms. Fortunately, it does not appear that these robots can aim and fire weapons like Black Mirror’s robotic dogs. Aside from designed capabilities, there are other ways fast-moving four-legged robots could be used for ill. 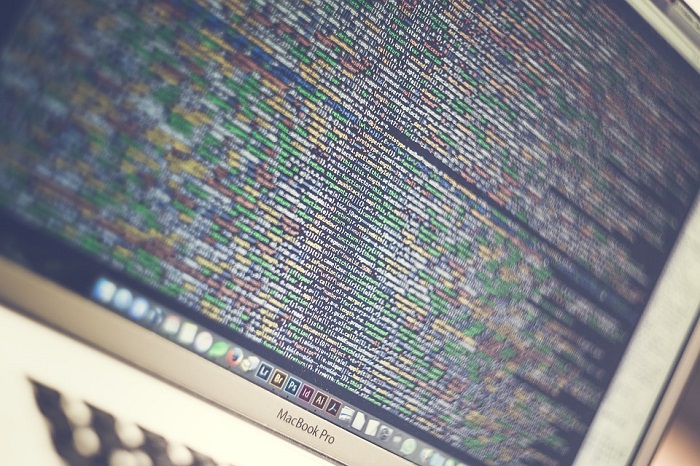 We have already seen cases of hackers taking control of Internet of Things devices like cameras. Disrupting a rescue robot in its mission could inflict significant harm even without adding weapons. One can easily picture a malevolent user issuing “attack!” commands to the Cheetah by voice command. It is unclear whether the designers have implemented safeguards to deter or monitor violent usage.