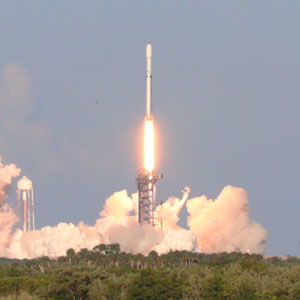 You’ve probably heard about Elon Musk’s concerns about AI and robotics. If artificial intelligence continues to evolve, it might become a threat to humanity. That’s one reason why Musk advocates a kill switch for robots. What if that kill switch isn’t effective? Powerful rockets capable of launching many people into space is an excellent Plan B. Whether it’s escaping killer robots or peaceful exploration of the stars, Musk’s Falcon Heavy rocket, which was first launched in 2018, is a development you need to know about.

The February 2018 launch of the Falcon Heavy rocket opened a new era for space exploration. For over a decade, space launches have depended upon an ever-shrinking list of launch vehicles: the Space Shuttle in the United States and aging Russian rockets such as the Soyuz. The Falcon Heavy is a key step toward achieving a manned mission to Mars, a long-term goal for SpaceX CEO Elon Musk. Before that goal can be achieved, SpaceX needs to deliver reliable rockets. 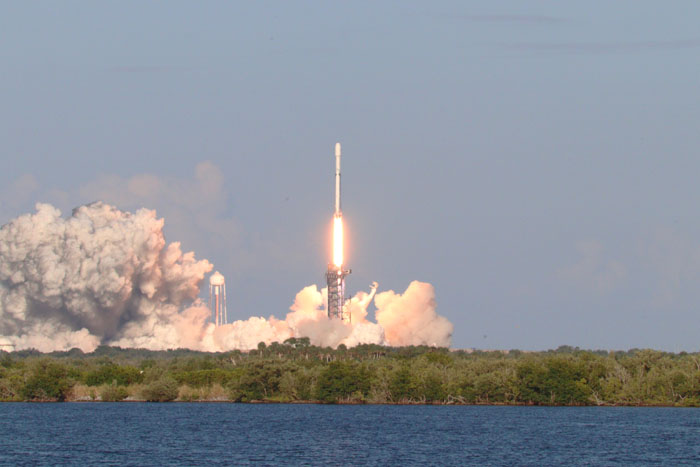 You surely heard the expression, “It’s not rocket science!”

There’s a reason for that saying. Rocket science, even in the 21st century, remains difficult, expensive, and dangerous. On the road to the Falcon Heavy, SpaceX has had multiple expensive failures. In 2015-2016, the company suffered two failures that caused millions of dollars of losses. Unlike software or robotics, rocket problems are expensive to diagnose and fix. After each failure, SpaceX takes months of effort to sort out the problem before it’s ready to take on another launch. After all, there are lives and hardware at risk if a rocket launch fails, so it makes sense to be methodical about solving problems.

Despite these challenges, SpaceX has made significant achievements in space technology. As CNN pointed out: “SpaceX says that it costs $62 million every time its Falcon 9 rocket is launched, while the more powerful Falcon Heavy costs an estimated $90 million per launch.” To put those figures in context, the United Launch Alliance (a partnership between Lockheed Martin and Boeing) charges NASA and others approximately $400 million per launch. By reducing the cost of rocket launches, SpaceX has demonstrated that space travel can be made cheaper. SpaceX’s success also decreases reliance upon Russian space capabilities.

Why Did SpaceX Build the Falcon Heavy Rocket?

Given the difficulties and dangers of launching rockets into space and delivering cargo to the International Space Station, why build the Falcon Heavy? Skeptics might argue that SpaceX should focus on near-Earth rocket capabilities before seeking to do more. In reality, the Falcon Heavy rocket is part of SpaceX’s long-term strategy to extend humanity’s presence in space. Take a closer look at the hardware of the Falcon Heavy rocket.

Inside the Falcon Heavy’s Capabilities

According to SpaceX, the Falcon Heavy is “the most powerful operational rocket in the world by a factor of two.” The rocket can carry 141,000 pounds (approximately 64 metric tons) into orbit. In contrast, the Saturn V rocket was able to lift 260,145 pounds into orbit, but the Saturn V was last flown in 1973, so it’s no longer available for use. Beyond Earth orbit, what else can the Falcon Heavy do? SpaceX estimates that the Falcon Heavy can lift a 37,040 lb. payload to Mars (or 7,720 to Pluto!). That might be enough to land a probe or supplies ahead of a human-crewed mission.

Unlike other rockets, the Falcon Heavy was built to serve two purposes:

Hardware Trend: What Do We Know About SpaceX’s Hardware?

The drive to deliver reliable, reusable, low-cost rockets has implications for the entire technology industry. By making launches significantly cheaper, we can expect to see a major increase in the number of satellites launched into orbit. We can probably expect telecommunications costs to fall and obtain greater service at the same time. In the long term, the Falcon Heavy will be able to launch more payloads to the International Space Station, which means more scientific research, and development can be carried out in space.

Due to its costly failures in the past, SpaceX has made major commitments to improving reliability. The Falcon Heavy rocket is made up of 27 separate first-stage engines. As a result, the Falcon Heavy can continue to operate successfully even with multiple engine failures. From a hardware perspective, suppliers to SpaceX may face increased pressure to design failure-resistant electronics and components. If that trend trickles down to consumer electronics, we may see more damage-resistant products in the future.

Resource: As more satellites are launched by SpaceX, you can expect improvements to GPS and other satellite-based services. Find out how to build a GPS Follow-Me Drone using our simple instructions.

Beyond rocket propulsion, what do we know about the devices inside the Falcon Heavy? Information is limited for security and competitive reasons, but we can share some details. A recent launch contained an “Arch,” a type of memory storage device. In SpaceX’s case, the devices were used to contain classic science fiction novels by Isaac Asimov. Why use these devices instead of a hard drive? These devices are long lasting and better able to hold up to the stress of space travel because they have no moving parts. Even better, the Arch has an incredible storage capacity: “360 terabytes on a disk just 3.75 inches in diameter,” according to TechCrunch. The Arch’s data storage capacity hints at what’s coming next in data storage hardware.

What about the devices used by astronauts flying with the Falcon Heavy rocket? In this context, SpaceX has departed from the 1960s-style controls that emphasized physical switches. The X has just three touchscreens with a few rows of controls beneath them. In contrast, “the space shuttle and its more than 1,000 buttons, switches, and controls,” according to Ars Technica. The touchscreens provide the primary user interface while the 38 physical buttons below them act as backup controls. This hardware choice reflects the fact that space travel demands a high degree of backups; robust touchscreens aren’t enough.

What the Falcon Heavy Means for the Final Frontier

SpaceX may or may not succeed in the long term as a company. However, the success of the Falcon Heavy is significant in reawakening a new era in the space industry. Old assumptions about space technology–that it must be slow and incredibly expensive–are no longer certain. The unique drive to achieve difficult goals such as going to Mars and a commitment to control costs show that ambition and cost control are compatible.