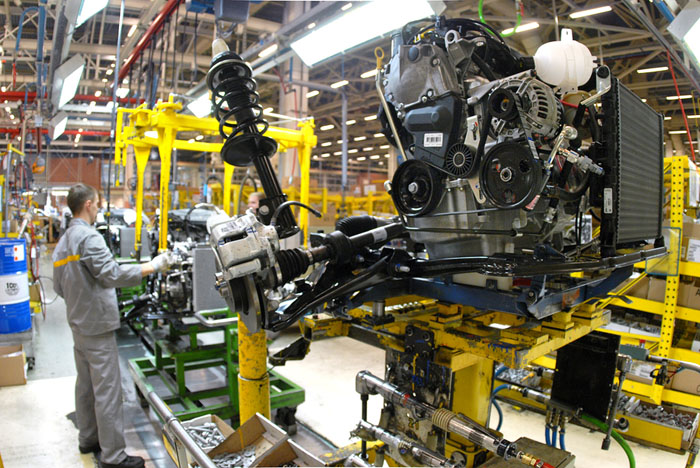 Recent advances in robotics and artificial intelligence (AI) have the potential to optimize the workplace through the rapid analysis of huge datasets and the automation of mundane tasks, fraud detection, and enhanced logistics.

Robotics and AI also have the potential to make the workplace a whole lot safer through the outsourcing of dangerous jobs. As these technologies evolve, we can expect human lives to become more efficient and possibly more meaningful, because we will have time to focus on important tasks.

As this space goes through a rapid period of evolution, technology leaders and academics have stressed the importance of conducting a thorough ethics and risks assessment. While every new technology comes with an element of risk, intelligent algorithms and robots in human societies raise concerns that go far beyond data collection and privacy. In fact, they raise moral questions that our society needs to address before it’s too late.

If the End of Jobs is Near, What About the Potential Rise of Inequality?

As we automate more jobs, the assumption is that people will take on more complex roles. This has been compared to when we made the transition from physical labor-intensive work to more cognitive roles.

However, it’s just not that simple!

For example, Elon Musk’s Tesla has promised to deliver self-driving trucks in the near future. If they are widely adopted across the country, we need systems in place for truck drivers to seamlessly transition into more meaningful roles.

At present, most families sustain themselves by trading their time for a sustainable income, so this transition could potentially create a post-work society. While we can hope that these individuals will be able to find more meaningful work, there is no clear indication of what that might be.

It’s true that technology can free up our time to engage in more meaningful tasks, spend time with our families, and care for loved ones, but we still don’t know for sure if the workers replaced by this technology will be armed with the necessary skills to be able to find an alternative source of income.

Our current economy is based on a compensation for contribution model (with many workers paid by the hour). So if we don’t start reimagining and restructuring our economy to sustain a post-work society in the near future, AI and robotics have the potential to rapidly contribute to the rise of inequality.

Ignoring the implications can have dire consequences. Inequality could quickly lead to a rise in crime, violence, and general chaos as people try to survive in this new world.

What are the Consequences of AI Biases and Mistakes?

When AI is actively learning from algorithms, there is a real potential for dangerous consequences. For example, in a historic event, Sophia, the humanoid robot developed by Hanson Robotics, was granted Saudi Arabian citizenship.

However, this same robot experienced a technical glitch during a demonstration at the South by Southwest (SXSW) technology show last year. When jokingly asked if she would destroy humans, her surprising response was, “OK. I will destroy humans.”

Further, according to a study analyzing the interactions between bots that edited Wikipedia articles from 2001 to 2010, although the bots were intended to support the encyclopedia, they often undid each other’s edits and engaged in arguments over a period of years.

When compared to human interactions on the platform, bots’ interactions tended to occur over an extended period of time and were more reciprocated. Like humans, they also behaved differently in different cultural environments and even the most basic bots were capable of complex interactions.

It will be critical to investigate what affects bot-bot interactions and to develop adequate cyber security for new innovations.

Beyond the potential glitches and aggression, there is also room for the system to make mistakes. No matter how much AI learns and detects the right patterns based on their input, there is absolutely no way for the training phase to cover every possible example that the system may have to deal with in the real world.

These systems, no matter how smart, can still be fooled in ways that humans wouldn’t be. So if AI is absorbed into the workforce, there should also be mechanisms in place to ensure that there is no bias and no room for humans to overpower and exploit it for their own ends.

What if Robots and AI Systems are Breached?

At a time when ransomware attacks have become the norm, attacks on robots and AI systems are expected and highly likely. If we move forward with replacing soldiers with robots and autonomous weapons, there is a real risk of them being taken over by criminals and rogue governments. This makes  cybersecurity critical for both robots and AI systems. Even if this technology isn’t developed for war, factory robots and autonomous vehicles have the potential to be breached and used as weapons against us.

So before society rapidly adopts and incorporates this technology, we have to first find ways to build systems that can’t be breached. But we will be dealing with systems that are — by orders of magnitude —  far more capable and much faster than us. Achieving impenetrable cyber security might be nearly impossible.

Robotics and AI are here to stay. Governments, corporations, academics and the general public will be best served by actively finding ways to move forward securely and ethically. This means developing new income-models for a potential post-work society, resources for the development of alternative skills, in-depth understanding of robot interactions, protocols to effectively respond to glitches within the system, and a robust plan to maintain enhanced security.