Are Robots the Future of Farming? 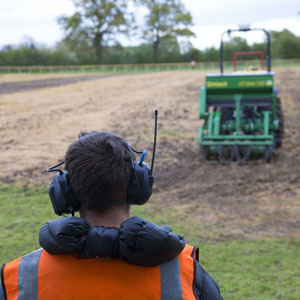 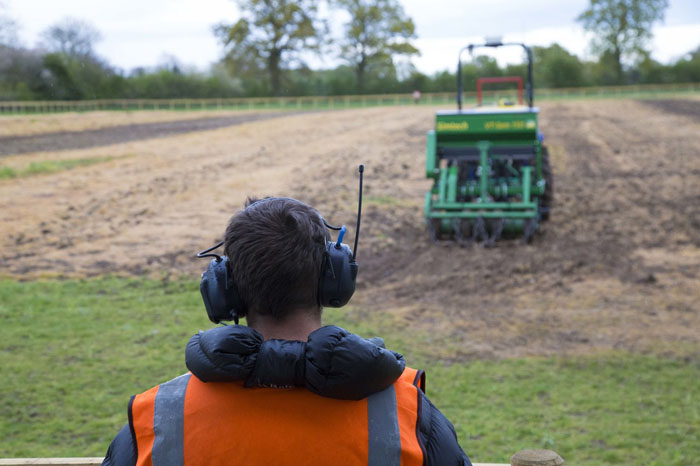 An experimental agriculture program called Hands Free Hectare is now in its second year and showing great promise as a method of streamlining the agricultural industry.

How Does Robot Farming Work?

Hands Free Hectare is a project by Harper Adams University in the UK, and no human will set foot in their field during the robotic farming process.

It begins with an autonomous tractor to drill channels in the dirt so that the barley seeds can be planted at specific depths and intervals. For equipment, the team started with an off-the-shelf 38bhp Iseki TLE 3400 compact tractor and adapted it in the engineering lab with modifications including cameras, lasers, and GPS systems.

Next, during the growing season, robots are used to survey the crop. Using both aerial drones and rover scouts, they take measurements and bring back soil samples so that data-driven decisions can be made about crop needs. Agronomist Kieran Walsh says: “For me this has been one of the most challenging parts of the project, as I get a feel of what crops are doing when I walk through a field.” But instead of walking the rows, he studies video footage to determine the weed levels and crop disease.

Throughout the season, the team uses automated machinery to spray a series of fungicides, herbicides, and fertilizers. But since the researchers are on a budget, they’re using the same tractor for planting as they are for spraying. In the rush to repurpose the tractor as a sprayer, they missed some of the timing benchmark in their initial trial.

The last step is using an autonomous, unmanned combine to harvest the barley. “The combine is using very similar systems to the ones that we established on the tractor that we used for spraying, drilling and rolling our hectare. There’s a large number of actuators to move and control all of the systems on the combine which have had to be fitted,” said Kit Franklin, the project’s lead.

The Results of the Feasibility Study

The first crop of barley was started in September 2016 and harvested in the spring of 2017. The goal was to prove that a farming robot was possible. “We did that with only using off-the-shelf technology and open source software,” said Martin Abell, mechatronics researcher for project partner Precision Decisions.

They did it. They grew their crop using only robotics, but their rows looked wobbly. “It turns out that the autopilots in these drone systems weren’t designed to travel in a very straight line,” said University robotics engineer Jonathan Gill. “There’s no need for it — it’s just designed to get from point A to point B as efficiently as possible.” So the machine’s response to a rock was to go around it, which crushed any adjacent plantings.

The second crop of winter wheat was started in October 2017. The goal of this investigation was to upgrade the software to improve the straightness of the rows, the accuracy of the machinery, and therefore improve the crop yields. 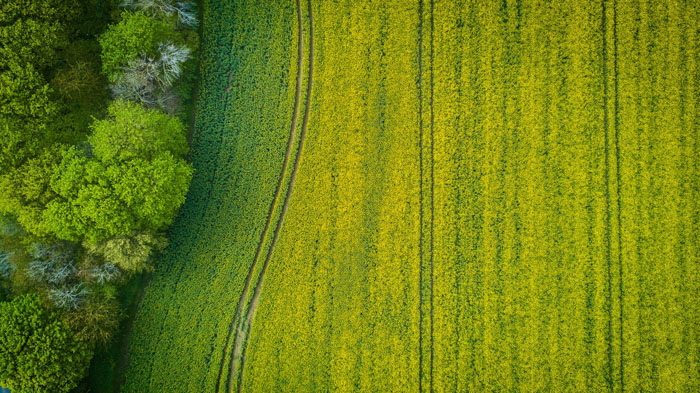 Not only does the research cycle need to be in sync with the growing season, but the trials also face the same variable conditions that other farming methods experience. “We had to abandon our first attempt to drill this season’s crop because it was raining quite heavily and the tractor was starting to slip around and lose its straight lines,” said Franklin. After waiting for better weather, “The tractor was still a bit wayward when turning back into the field, but once it’s on the line it was really straight with pass to pass cover greatly improved” from what was achieved during the spring barley planting.

But more practically, the team will use the results of the feasibility study, their barley harvest, to brew up some beer. 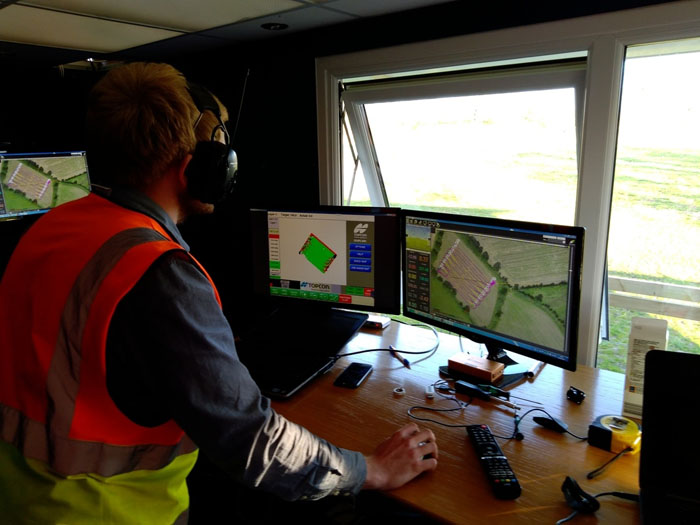 While the impacts on the food industry of robotic farming have not yet been analyzed, it could be theorized that after the technology’s price equalizes, it has the potential to increase yields and bring down the prices of food. With the world population growing, increasing crop yields will be an important step to having enough food.

Additionally, the shift from single pieces of industrial farm equipment to a fleet of automated smaller tractors would improve soil quality by limiting the heavy machinery weight that compacts the land. While healthy soil may seem like a minor gain from robotic farming, a writer for Scientific American explains, “Adopting farming practices that build soil health [is] the key to a stable and resilient agriculture,” and farming practices that “degrade soil health undermine humanity’s ability to continue feeding everyone over the long run.”

There is also the potential to integrate additional data sets and predictive weather modeling. So an autonomous tractor could theoretically use live forecast data to determine exactly when is the best time for planting, harvesting, or fertilizing. To play with some of this type of analysis at home, you can use our design for a DIY smart garden using Arduino and ROHM sensors to collect local data to integrate with weather predictions.

Within the industry, the response to this innovation has been the reverse of what is typical. The old-timers are enthusiastic about the technology, while younger people are more skeptical. “The older guys that have been sat on a tractor for the last thirty years, seeing that it’s not the best use of their time — they appreciate it more,” said Martin Abell, recent graduate and project partner. From his own experience as a farmer, Abell said: “By not spending all your time going in a straight line on auto-steer, it gives you more time to learn about your crop and hopefully manage it better.”

Is Farming by Robots a Good Idea?

While the farm-to-table movement evokes earthy images of weather-worn hands harvesting fresh veggies from rich, dark soil, the reality of farming is much more difficult. In industrial farm settings, low-wage workers spend long hours in the hot sun. It’s much less charming that the marketing messages lead us to believe.

As robotics and AI are becoming integrated into all sorts of industries, it’s only reasonable to expect that they will become a part of farming as well. And we’re already seeing in other industries how robots are replacing low-wage jobs, such as what automated sewing machines are doing in the textile industry.

Over time, this shifting technology will cause a sweeping change in the economy and will transform the job market. This has many feeling concerned and unsure of what that changed economy will look like. In a recent summit at MIT on AI and the Future of Work, college President L. Rafael Reif said: “Seventy-two percent of Americans say they feel worried about a future [in which] robots and computers can do many human jobs.” He added: “The presumption is that existing jobs are lost, and you can’t imagine the jobs that are created, [but] AI is replacing tasks. There is a surplus of jobs and not enough people to fill them.”

This holds true with an analysis published by the McKinsey Global Institute that predicts the Future of Work in 2030. The report said: “Income polarization could continue.” Most job growth will be in high-wage occupations. There will be some increases in low-wage occupations such as nursing assistants or teaching assistants. However, “a wide range of middle-income occupations will have the largest employment declines,” said the report.

This scenario is why a 2016 policy brief by the White House on Artificial Intelligence, Automation, and the Economy advocated for more education in STEM fields with an emphasis on computer science. This training will prepare people to fulfill the greater tech needs that exist in a future of industrial automation.

Interested in other agricultural technology? These farmers are using Ukrainian firmware to hack their tractors so that they can perform repairs outside of John Deere “authorized” repair shops.