Robots to the Rescue: Discover the New Generation of Life-saving Robots 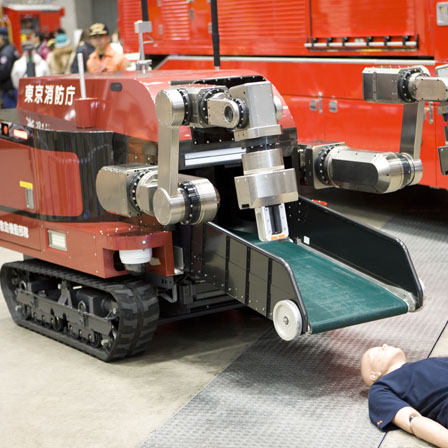 Asking firefighters, police officers, and other professionals to risk their lives to help people in disasters is a necessary part of the job. Is it? The growing use of rescue robots in emergencies and disasters is going to change how first responders work, save more lives, and reduce damage. To illustrate what’s possible, consider how robotics makes a big difference in Japan. 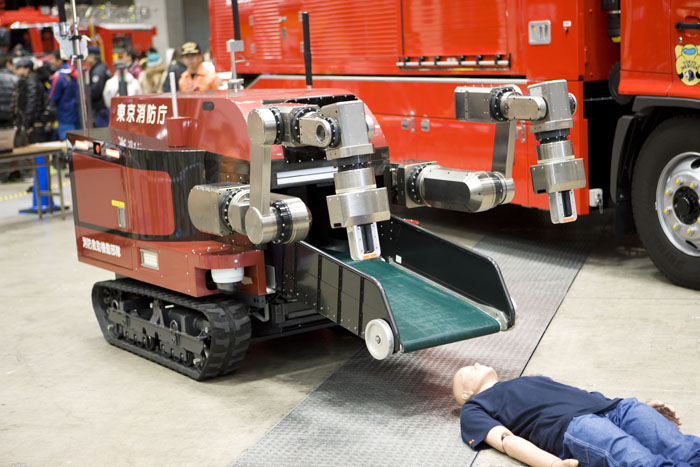 Robots to the Rescue in Japan

Japan has a well-deserved reputation for developing earthquake-resistant buildings. Over the course of the 20th century, thousands of people have died in Japan’s earthquakes. Over 3,000 are estimated to have died in the June 1948 Fukui earthquake. Due to geology, Japan is subject to significant earthquake risk, and that reality isn’t going to change. As a result, Japanese engineers and leaders are highly motivated to find ways to reduce the impact of earthquakes.

The RoboCue, a robot used by the Tokyo Fire Department, is one rescue robot already in use. Originally designed to retrieve victims near bomb sites, the robot uses infrared cameras and ultrasonic technology to locate people who may be trapped under debris. These sensors are critical because injured people may not be able to call for help. The robot loads people on a platform so that they can be moved away to a safer area. In an earthquake zone, this kind of robot could be used to explore damaged buildings, bridges, and other infrastructure for victims. It requires remote guidance from a human operator to find people.

Dragging people away from a rescue site isn’t the only way to help people in a disaster. In a collapsed building, a large robot like the RoboCue may not be able to navigate. That’s why you need smaller robots, such as a snakebot. This robot technology builds upon an earlier technology: video fiberscopes. The main difference is that the snakebot developed by Satoshi Tadokoro of Tohoku University can climb 20-degree inclines and navigate around obstacles up to 6 inches in height. By using several of these devices, search and rescue staff can assess the damage and determine the best way to rescue people.

A nuclear accident makes it difficult for human rescuers to help in a disaster. Radiation from nuclear facilities can prove fatal immediately and significantly increase your chances of developing other illnesses. Unfortunately, few robots were available that could operate in such conditions.

To respond to this challenge, the Defense Advanced Research Projects Agency (DARPA) stepped in to encourage innovation. The organization’s robotics challenge required new robots that could: “engage an emergency shut-off switch, get up from a prone position, walk for 10 meters without falling, pass over a barrier and rotate a circular valve 360 degrees.” Let’s review some of the hardware used in robots entered into DARPA’s challenge.

Four Ways to Save Lives with Disaster Assistance Robots

How exactly can police, firefighters, and other professionals use robots to help in a disaster situation? Based upon current technology, here are some of the most popular options.

The Need for Rescue Robots Will Increase Dramatically for Two Reasons

Rescue robots are due to explode in popularity for two critical reasons. First, emergency personnel now understand the risks of injury in disaster situations to a greater degree. To reduce the risk of injury, rescue robots will be used more often to obtain real-time data on the situation. Second, climate change is increasing the frequency and severity of natural disaster events, such as floods and wildfires. To keep up with the demand for rescues, robots will play a vital role.