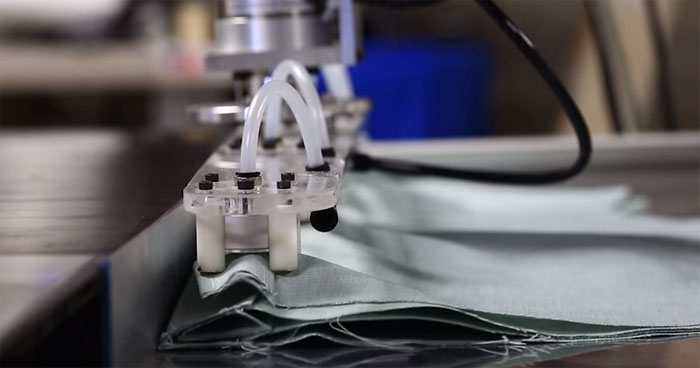 We all know that the low retail price of clothing is a result of low-cost manufacturing methods. While previously this meant using offshore labor markets for production, now companies can turn use robots to produce consumer goods at a low cost.

For example, take the automated sewing machine from SoftWear Automation known as LOWRY. This fully automated Sewbot is part of the company’s initiative to automate the textile industry in the same way that other industries have used robotics for manufacturing. 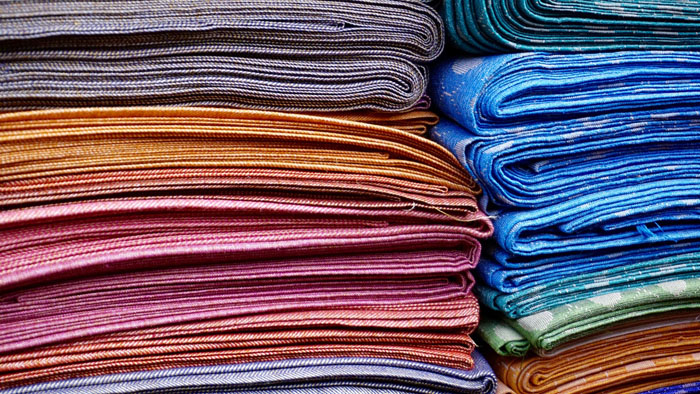 The longstanding problem with automating sewing is the nature of the fabric itself. It’s flexible, it stretches, it warps, and it folds. These material problems are unique to working with textiles and have not been a barrier in automating industries that work with metal or plastic.

This automated sewing research process began at Georgia Tech’s Advanced Technology Development Center more than a decade ago. But the technology really started to take shape after a collaboration with the Walmart Foundation and a 2012 research grant for $1.25 million from DARPA, the Defense Department’s tech innovation department. While DARPA may seem like an unlikely funder for a clothing manufacturer, the military is required to buy clothing that’s made in the U.S., so this research would have a direct impact. 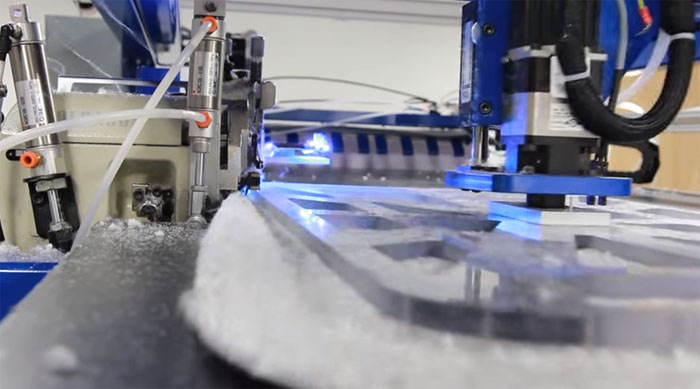 With at least three patents and several patents pending, SoftWear’s system uses a highly calibrated machine vision to watch and analyze fabric. It detects distortions and robotically adjusts the fabric. Working across a 70-foot long t-shirt production line, the robot performs each task, including cutting, sewing a seam, adding a sleeve, and quality inspection. Each step of the way, the computer vision guides the fabric.

It starts with the programming. “We get all the sew data out of Gerber’s Accumark files, so that when the designer designs the good in 2D or 3D, the sew data is embedded in the file that goes right to the robot,” says Pete Santora, Vice President of Sales and Marketing.

Then comes the patented machine vision system. ID Tech Ex says that it has higher accuracy than the human eye, “tracking exact needle placement to within half a millimeter of accuracy.” IEEE explains that it tracks each individual thread within the fabric. “To do that, [the company] developed a specialized camera capable of capturing more than 1,000 frames per second, and a set of image-processing algorithms to detect, on each frame, where the threads are.”

Using this high caliber machine vision and real-time analysis, the robotics then continually manipulate and adjust the fabric to be properly arranged. The Pick & Place machine mimics how a seamstress would move and handle fabric. “These micromanipulators, powered by precise linear actuators, can guide a piece of cloth through a sewing machine with submillimeter precision, correcting for distortions of the material,” says IEEE.

The fabric is moved using two methods. The first is a four-axis robotic arm that can lift and place the fabric using a vacuum gripper. The second is a 360-degree conveyor system which is a table of embedded spherical rollers. With each roller, or Budger Ball, moving independently at high speeds, the rollers can relocate the fabric or smooth the fabric as needed.

Engineers explain an earlier version of the Sewbot to the Wall Street Journal in this description of how to sew a buttonhole.

Production Gains From Manufacturing With Robotics

For companies like Chinese clothing manufacturer Tianyuan Garments Company, who produces clothing for Adidas and Armani, this automated sewing technology has allowed them to open their newest factory in Arkansas, not China.

The automated sewing robots reduce the need for sewing laborers. In the case of Tianyuan’s new factory, three to five people will work each of the 21 robotic production lines. This a labor decrease of 50-70% compared to the 10 workers on a conventional line.

In addition to lowering costs, the robots will also increase production. A human sewing line produces 669 t-shirts in eight hours, compared to the robots at 1,142 t-shirts. That’s a 71% increase in production, resulting in a total output of 1.2 million t-shirts per year.

Using robotics makes the cost of producing a t-shirt in the U.S. comparable to one that is produced overseas. For example, in Bangladesh the labor cost to produce a denim shirt is about $0.22. If made by U.S. workers, that labor cost jumps to $7.47, but with a robotic production line, it’s just $0.33 per t-shirt.

As Quartz puts it, “the robot, working under the guidance of a single human handler, can make as many shirts per hour as about 17 humans.” So in this instance of John Henry versus the machine, it would seem that the machine wins. 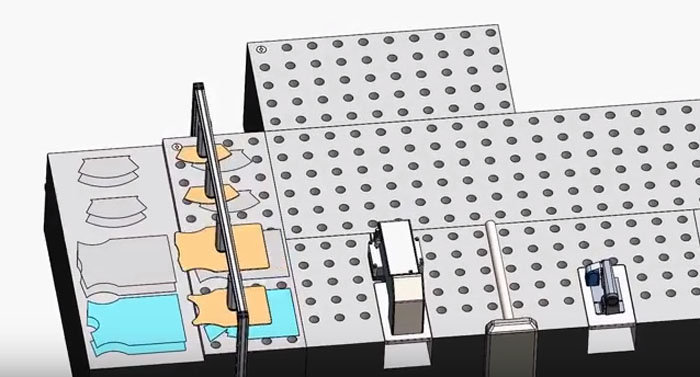 Impact of Sewing Robots on the Textile Manufacturing Industry

Between 2000 and 2010, the U.S. lost 5.6 million manufacturing jobs. However, only 13% of those job losses were a result of moving facilities offshore. Instead, 85% of the job losses were due to the “productivity growth” of robotics and machinery. It’s predicted that by 2025, the global average of manufacturing tasks being done by robots will grow from 10% to 25% across all industries.

Rather than highlighting how robots are replacing manufacturing jobs, SoftWear instead spins the conversation to how manufacturers can “sew local” so as to “geographically shortening the distance between manufacturing and consumers.”

With the average garment worker in the U.S. nearing retirement, disrupting the industry with robotics could be a long term solution. However, globally, this type of technology would have a major impact on the Asian manufacturing industry that employs low wage workers. Estimates by the International Labour Organization report that robots will replace 64% of textile, clothing, and footwear workers in Indonesia, 86% in Vietnam, and 88% in Cambodia. 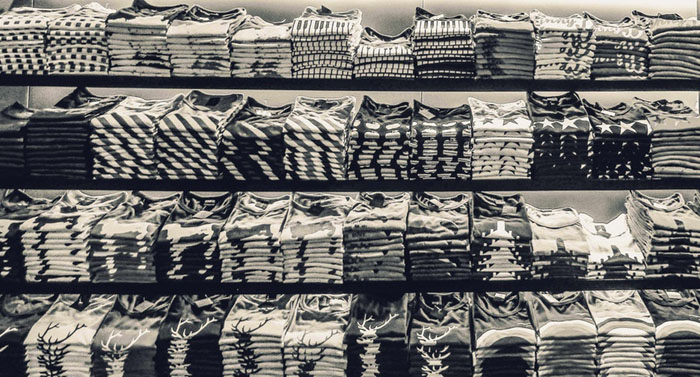 The Future of Robotic Textile Manufacturing

As we enter this 4th industrial revolution of automation through robotics, it’s expected that “artificial intelligence (AI), machine learning (ML) and cognitive computing will directly impact approximately 47% of U.S. jobs.”

However, the current frontier for robotic textile manufacturing is limited in scope to relatively simple pieces made in high quantities. “We’d never do a bridal dress,” says SoftWear Automation CEO, Palaniswamy Rajan.

In another approach to increase supply chain efficiency, last year Amazon won a patent for an on-demand apparel manufacturing system that would stitch your clothing after the order was placed.

Want to learn more about the power of automation and robotics? Explore some of our in-depth guides: