Solar Power Without Silicon: The New Way To Generate Power From The Sun

When you think of solar power, you probably imagine silicon cells. It is the most popular technology, aside from plant life, to transform solar energy into electricity. Engineers have been working hard to improve that technology. They have made significant progress in reducing costs and boosting efficiency. However, you haven’t heard of many breakthroughs until now. 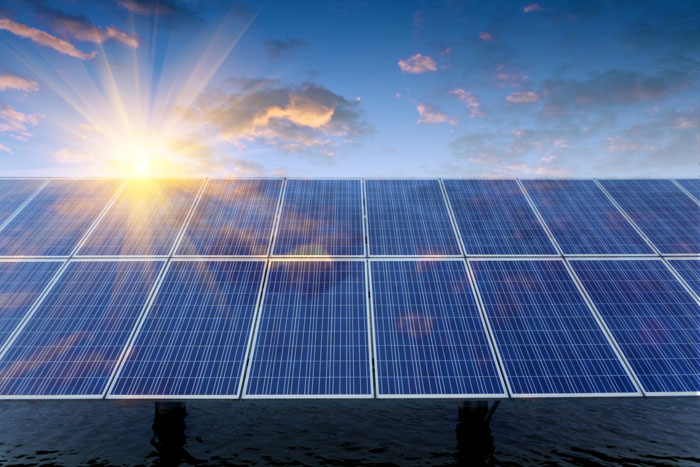 The latest development in solar power technology emphasizes perovskite solar cells. This type of hardware is more straightforward to manipulate than silicon. That means you can bring solar power capabilities to more environments. This type of solar cell is made up of “lead, iodine, bromine, and other abundant elements,” according to Science Magazine.

Using a variety of elements makes it easy to absorb more of the sun’s light. In electricity production, efficiency is one of the most critical metrics. By combining silicon and perovskite solar cells, one company can achieve “28% solar-to-electrical efficiency.” Conventional silicon power is only able to achieve 24% efficiency. When this technology is scaled up, we can assume these gains will increase and produce even more solar power.

For solar power to replace dependence on oil, gas, and coal, it needs to function reliably and produce large amounts of energy. That’s why researchers have worked at optimizing each hardware component in solar power. Here are some of the key components we see in an Oxford PV solar system.

Now here is the bad news. The Oxford PV system is still under development, so you cannot purchase a unit yet. If you are looking for a solution today, you will need to consider other options for solar power. Let’s take a look at some of the best options on the market for consumers.

Consider the solar power product offered by Tesla, the Solarglass roof launched in 2016. Priced at more than $33,000 (i.e., $7 per square foot), this home enhancement represents a significant investment. However, the price may change depending on local solar incentives, home size, and other factors. The product is designed for at least 25 years. However, the product is relatively new, so we don’t know yet how it will perform over time. In terms of structure, the Tesla product is directly integrated into the building. In essence, you need to install new roof shingles to your home.

You’re probably wondering if this type of solar power is enough to supplement traditional electricity. Solar power is highly dependent on local weather conditions. According to Energy Sage, “The system produces up to 10 kilowatts (kW) of power in the abundant sun of Northern CA and keeps the lights on at the customer’s home without any need for the electrical grid 80% of the time.” In contrast, if you are based in Minnesota or another relatively cold location, the solar power system may not be enough for your needs.

Solar Power Systems For Mobile Use

So far, we have looked at large-scale solar power systems. In terms of addressing climate change, large scale systems are critical. However, what about the rest of us who have a small budget? You might want a simple way to charge your drone’s battery during a trip. In that situation, take a look at mobile solar power devices. For example, the Goal Zero Boulder 100 Briefcase Portable Solar Panel (approximately 26 pounds, 100-watt power output) has a kickstand so you can put it on the ground. If you have more modest power needs, there are smaller options on the market, as well.

Our Prediction For The Future of Solar Power Technology

In the next decade, you can expect to see an explosion in solar power technology for a few reasons. The development of new technology like perovskite solar cells means solar power efficiency is going to improve substantially. That efficiency gain means it is worth considering solar power in a greater variety of locations, not just deserts. Second, solar power is starting to become a significant power source – global solar power capacity exceeded 100 gigawatts in 2018. Overall, consumer demand for sustainable energy will ensure that innovators have a growing customer base for their new solar power products.