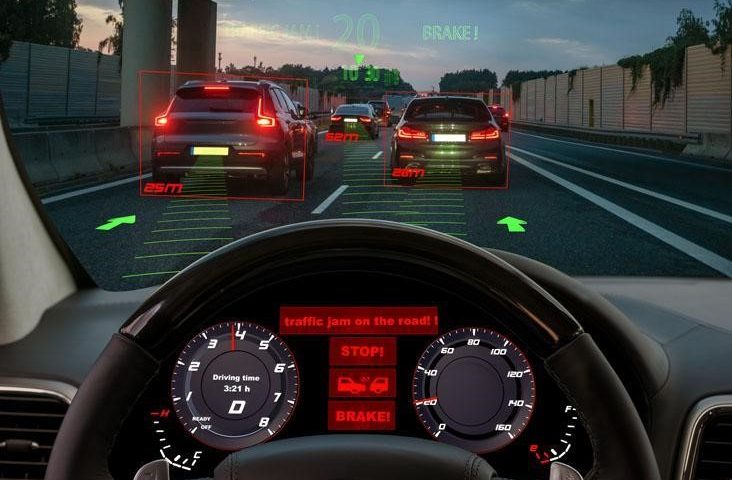 Artificial intelligence and machine learning in self-driving cars tend to get a lot of attention. However, those innovations would never achieve much without navigation hardware. Short-range equipment like radar and LiDAR help in avoiding trees, cars and other nearby objects. For a self-driving car to successfully navigate you through a road trip, you need GPS and other navigation hardware. 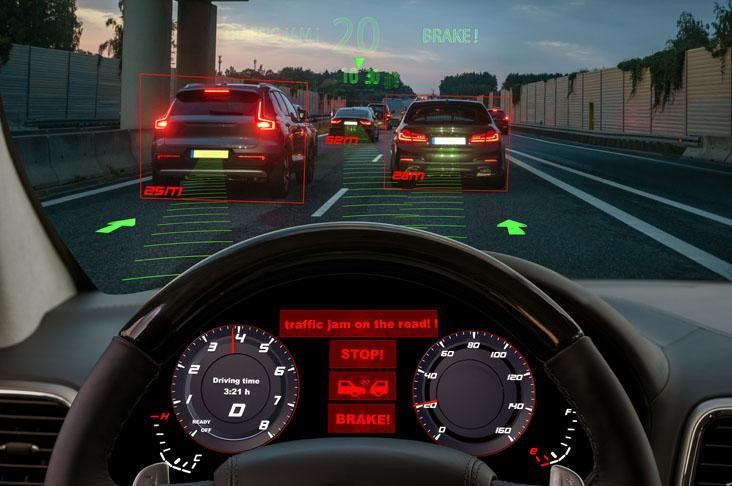 Two Types of Navigation Hardware That Self-Driving Cars Rely On

Whether you have advanced AI or basic machine learning, navigation hardware is the essential ingredient for safety. To ensure safe driving, multiple technologies are required for navigation. In the past, we have published articles on essential short-range navigation like LiDAR (i.e., The LiDAR System Drivers of The Future Will Count On). When it comes to avoiding cyclists, other vehicles, wildlife and other obstructions on the road, these short-range technologies are excellent.

On their own, these technologies provide only limited navigation capability. You cannot expect a LiDAR device to tell you the best way to drive to a destination that is 100 miles away. To solve that problem, you need a different kind of navigation hardware like the Global Positioning System (GPS).

The Problems With Relying on GPS

When GPS navigation hardware first became available to the public in the 1980s, it was revolutionary. Drivers would no longer have to rely on their memory and printed maps. Instead, a GPS unit could be used to provide turn-by-turn directions. That’s not the only way to use GPS hardware. In 2010, UPS announced that it would install GPS tracking hardware in more than 20,000 vehicles. That process lets the company gather data to improve its operations.

While GPS technology represented a significant leap forward in navigation hardware, it does have some limitations. According to the US government, civilian GPS is usually accurate to 4.9-meter (16 ft.) radius under the open sky. That accuracy level will significantly change in other conditions depending on weather and if you lack access to the open sky. That means drivers who frequently use tunnels and bridges may not get the most accurate information from GPS navigation hardware.

Known as NavIC, this network of navigation hardware is conceptually similar to GPS. Both systems involve a combination of hardware in the sky and GPS receivers. India’s rival to GPS has a few qualities that make it quite different from the older GPS system.

In contrast to GPS, NavIC is designed with a specific geographic focus on India. By focusing on a smaller area, NavIC requires fewer satellites. The system will also cover more than 1000 km near India to be used for ships in the Indian Ocean. Many Indians travel to other countries frequently, so using an India-specific system may not be a good fit.

As a result, devices that only support NavIC are likely to have limited appeal. That’s why smartphone makers have made an interesting decision to offer dual-frequency devices. These devices are capable of connecting to a variety of systems, including NavIC and GPS.

From a hardware perspective, this new generation of navigation hardware means more radio equipment in smartphones. According to The Next Web, there are already companies offering hardware compatible with the new system. “For consumers to take advantage of this, the easiest way is to use phones that support this navigation system. This week, Qualcomm launched three mid-range smartphone processors that will support this new system. One of these will feature in upcoming phones from Xiaomi and Realme, with the newer chip supporting NavIC.”

Adding more radio equipment to battery-powered equipment like smartphones raises some technical problems. Regularly running a live connection to multiple satellites may present a massive drain on batteries. Fortunately, self-driving cars have much larger batteries and energy resources than hand-held devices. Therefore, we are likely to see more adoption of multi-satellite navigation hardware in cars.

How Will India’s Satellite Navigation Hardware Help To Reduce Self Driving Car Accidents?

There are two main ways NavIC can play a role in improving navigation. According to The Economic Times, NavIC may offer similar or better navigational accuracy than GPS. This will benefit road safety in various ways. First, non-drivers will have more accurate directions and may be able to find alternative routes with limited exposure to road traffic. As a result, self-driving cars will have fewer pedestrians to detect.

From a security point of view, NavIC is controlled from India. That means it will continue to provide navigation information even if the much larger GPS is offline. By equipping self-driving cars with access to multiple satellite networks, there is a reduced chance of signal loss for self-driving cars in India.

There’s much more to collision avoidance hardware than satellites.
Satellite navigation can tell a self-driving car about the status of multiple roads nearby. In that way, the self-driving car could decide to move to a less congested street, which reduces accidents. In many cases, navigational hazards are still going to occur too fast for satellite data to make a difference. In those cases, other navigation hardware is required.

Sensors mounted directly to the vehicle, such as geomagnetic sensors, have the potential to make a meaningful difference. This type of sensor can detect other magnets and vehicles. Since collisions with other vehicles are an important cause of crashes, reducing that type of collision is critically important.

To detect and navigate around obstacles, digital cameras remain an excellent option in daylight. Advances in image processing technology, especially facial recognition, mean that self-driving cars will be able to spot people. That is an important capability for self-driving cars because it means a lower chance of colliding with people.

Ultimately, there is no single type of navigation hardware that self-driving cars can rely on. Satellites are helpful for planning long-distance routes in cities and longer distances. Geomagnetic sensors can detect other vehicles even when it is dark outside. During the day, digital cameras and facial recognition can play a role in avoiding collisions with people. Add all of these technologies together, and you can have a much safer self-driving car.