The LiDAR System Drivers of The Future Will Count On 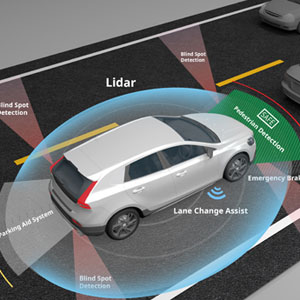 There’s a little known device in the next generation of cars that’s going to change automotive technology. Think back to how much the Global Positioning System (GPS) changed driving. You probably haven’t felt lost in years. With this technology, you’re going to get into fewer accidents, and self-driving cars are going to become much safer. Of course, we’re talking about automotive LiDAR. 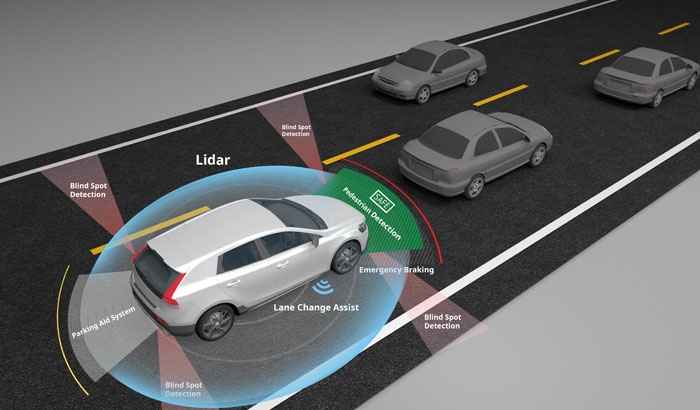 Before we explain how LiDAR works in cars, let’s clarify the technology for a moment. Pioneered in the 1930s, LiDAR (light detection and ranging) is conceptually similar to radar and sonar. With sonar, a ship or submarine sends out sound waves and analyzes the results to spot objects in the environment. With RADAR, you have a system that’s excellent for detecting particular objects, such as flying aircraft. In the case of LiDAR, a device sends out a large number of light pulses, measuring the time it takes for the light to return to the transmitter.

In comparison to sonar, which is limited to the speed of sound, LiDAR is theoretically only limited by the speed of light. Further, LiDAR isn’t limited to sending out one signal. Modern LiDAR systems send out a large number of signals, even thousands. By sending out so many signals, it’s possible to construct detailed maps of the surrounding environment using software. Since these LiDAR maps can be generated rapidly, computers can compare multiple LiDAR maps over time to find changes.

How Does LiDAR Hardware Work?

Each LiDAR system has a few fundamental hardware components in common. There’s also a software component to process the data and turn it into usable maps, but we’ll set aside the software aspect for now.

Historically, LiDAR technology has been relatively expensive. That’s one reason why it hasn’t been widely adopted. However, increasing demand in the form of self-driving cars, regular cars, and robots have helped spur technologists to bring down prices.

The New Innovations in Automotive LiDAR You Need to Know About

At the Shanghai Auto Show, RoboSense introduced a new system that uses LiDAR to improve the driving experience. With mass production planned for 2021, the company’s LiDAR system is made up of three components.

These devices solve significant problems that have plagued other LiDAR systems for cars. The RS-Bpearl is specifically designed to eliminate blind spots by appearing on both sides of the hood. This means the system can scan around the car in all directions. In that way, it provides more data than a human driver could take in on his or her own. Currently, this LiDAR system has two range limitations. It can detect objects up to a distance of about 100 feet with a 12-inch blind spot. Thus, some problems, such as a child’s bike lying in the driveway, might not be detected.

How will this system respond to driver input? You might want to switch your LCD panel from displaying LiDAR maps to a GPS map. To easily switch back and forth, you need touch screen controls. Without this feature, it’ll be difficult to integrate LiDAR navigation into your driving experience.

The resolution of the maps produced by the RoboSense LiDAR represents another breakthrough. It gathers more than two million data points per second. Next, RoboSense’s perception algorithms start to work to translate this data into images and maps. In fact, the company is so confident about the quality of its systems that it’s considering using it in robo-taxis! Such an implementation still lies in the future, but it’s an exciting possibility.

What Are the Disadvantages to LiDAR?

Like other navigational technologies, LiDAR navigation has limitations to keep in mind. As a result of these limitations, most self-driving cars use LiDAR in cooperation with other systems. Let’s take each problem one at a time.

LiDAR Is Here to Stay, and the Future Is Bright

LiDAR technology has already come a long way in the past decade. We predict that the remaining barriers, namely high costs and AI processing, will be addressed in the next 5-10 years. When that’s done, you’ll have a safer driving experience.