Addressing the challenge of climate change will require many different kinds of innovation, including CO2 technology and electricity management. Car manufacturers are already working on ways to improve efficiency. Utilities are seeking ways to boost the power output from solar panels. Unfortunately, these innovations will take time to mature. Meanwhile, the U.S. emits more than 1,619 million metric tons of CO2 annually for electric power generation alone. CO2 technology is significant because it can make an immediate difference to emissions. 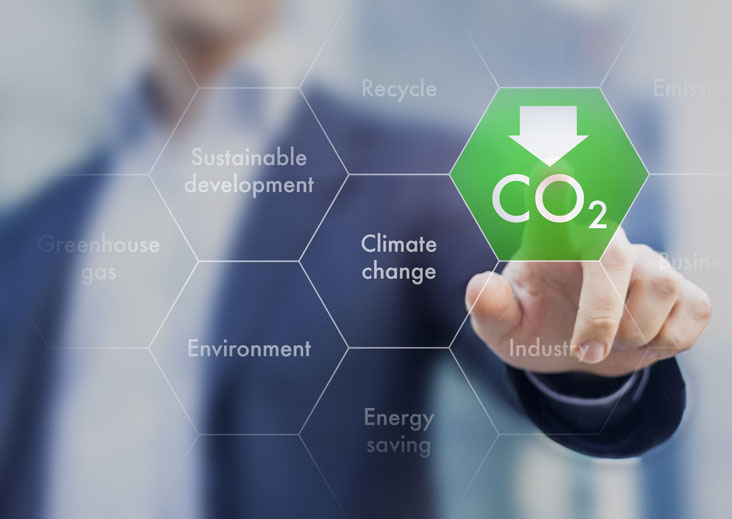 Why focus on ambulance CO2 emissions?

Today, there are tens of thousands of ambulances in the United States. These vehicles and the people who work in them have unusual requirements. They need a highly reliable power source to keep patients stable while they are transported. Ambulances also need to be ready to drive 24/7, so switching to solar is not an option. From a climate perspective, many ambulances spend more than 10 hours per day idling. This idling time is considered necessary historically because ambulances need to keep their systems running. Also, these vehicles need to be ready to save someone at a moment’s notice.

To reduce CO2 emissions, Cisco teamed up with a few other companies to deliver a substantial reduction in CO2. The first step is to upgrade the engine to a diesel-electric hybrid configuration. This upgrade also includes a rechargeable battery. According to Cisco, “the second step is to install an IoT system that controls the hybrid power setup to get the best savings. The Stealth Power automatic idle reduction system (SPAIRS) uses Microsoft’s Azure, Windows 10 IoT Core, and Power BI platforms.” So far, this system has been installed in multiple vehicles in New York, where it has saved 20 million pounds of CO2 emissions.

By the way, this technology is not limited to ambulances. The next move is to explore adding this technology to other industrial and commercial vehicles such as utility vehicles. In time, this type of Internet of Things technology may be added to other vehicles on the road.

Inside the hardware components that make it work

The CO2 technology developed for ambulances has several components. Let’s start by looking at the diesel-hybrid engine. For this engine to work effectively, a variety of sensors are required. For example, you can use a pressure sensor to detect when a driver presses the pedal. That signal can then be transmitted to the control system to speed up the vehicle. Also, you can use pressure sensors to monitor the operation of the engine and provide early warning of engine malfunctions.

In addition to sensors, managing the battery is a significant part of this technology story. Without these devices, you would have to rely on the human driver to turn switches on and off for anti-idling. Asking busy ambulance drivers to add more steps to their already busy job is not appealing. Instead, the system needs to be automated. Therefore, this type of CO2 technology can benefit from using battery management hardware.

By using sensors and battery management devices together, drivers can optimize the amount of power they use. That means there is more power available for use when patients need it.

What are the other hardware innovation opportunities to help the environment?

CO2 technology also takes other forms. For example, consider the production of electric power. There is only so much CO2 reduction that can be achieved with fossil fuel sources. That’s why solar power like solar cells without silicon and solar power reliability technology are such exciting developments. As more solar power innovations are created, CO2 emissions will gradually come down.

Flying drones as a CO2 technology? That might sound surprising, but bear with us for a moment. You’re probably used to thinking of drones as a hobby, like creating 3D maps. However, that is not the only way drones can be used. Think about the food delivery market, for example. Every day, people order food to be delivered, which often involves a driver physically driving directly to a customer’s home.

What if you could reduce the amount of car driving involved in food delivery? There are already experiments underway — Go Inside the Drones That Are Changing Food Delivery. Food delivery drones may reduce CO2 emissions in two ways. First, you can charge them from a variety of sources, including solar. Second, drones can fly in straight lines and avoid the traffic on busy streets. All of that drone flight time means fewer miles driven by food delivery drivers.

More people and companies want high-speed internet access every year. Keeping up with that demand requires more infrastructure like fiber optic cables, Wi-Fi routers, and much more. After all of that equipment is installed, it requires electricity. That’s why reducing the electrical power requirements of communications hardware matters! The Wi-Fi 6 generation of devices includes power consumption optimization improvements. As those technologies become more common, the CO2 emissions linked to internet connectivity may come down over time.

The future of CO2 technology and the Internet of Things

Internet of Things hardware and software have already proven themselves to be an effective CO2 reduction technology in New York ambulances. Since adding sensors and hybrid engines to vehicles relies on existing hardware, it is likely that these efficiency improvements will become very popular. As more and more consumers and companies become concerned with CO2 emissions, popularity will also increase. We may even see government incentives to encourage adoption for these anti-idling technologies further.