Three Police Robots Coming to Malls and Streets Near You 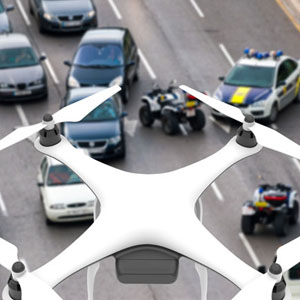 Drone with digital camera flying over a street: 3D rendering

RoboCop may be closer to arriving than you think, but it’ll take a different shape and form. Instead of a cyborg, classic police robots are coming. These inventions will combine remote control and AI control. Find out the devices that are here to stay and those that are still far on the horizon.

Regardless of which technological marvels take the streets, it’s important to consider the social and legal issues of involving robots in law enforcement.

1. The Security Robot from Silicon Valley: Coming to a Mall Near You

Developed by Knightscope, this line of non-humanoid security robots is already in use for private security. Take the company’s K3 robot designed for indoor security use in environments such as online casinos, airports, and hospitals. Like other robots, the K3 takes care of one of the most time-intensive activities in security and policing: completing patrols. This security robot weighs 340 pounds and moves at a maximum speed of three miles per hour on wheels. It’s also designed to interact with people by voice command.

Hiring more security staff and police to walk the streets is expensive. Using robots to carry out patrols, especially if they have some autonomous capabilities, is one excellent way to reduce some kinds of crime.

Knightscope claims that one of its security robots, the K5, reduced the number of security incidents from 20 per month to 1 per year as a result of 24/7 patrolling at a commercial property. 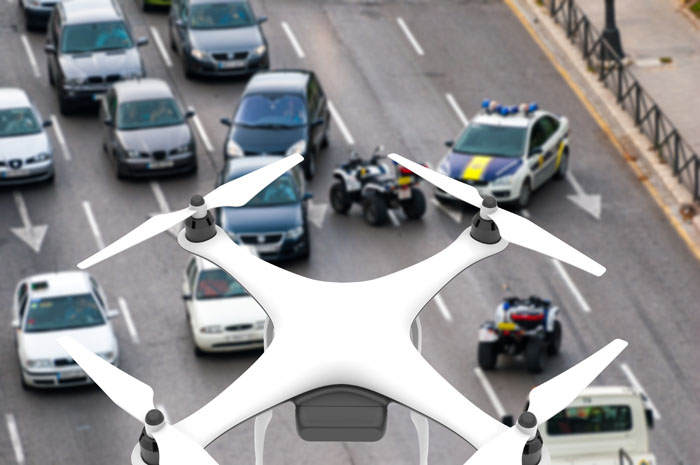 Drones are coming to one of America’s largest cities: New York. The New York Police Department (NYPD) announced the launch of a drone program in 2018. Similar to drone enthusiasts that take photos, the police plan to use some of the drones for crime scene documentation.

While drones are useful in collecting information, the NYPD has implemented several restrictions on their usage. According to Engadget, “unacceptable uses include routine patrol, traffic enforcement, immobilizing vehicles or suspects, being used as or equipped with a weapon, and searches without warrants.” As one of the largest police departments in the country, the NYPD approach to police robots may set a standard for other organizations to follow.

From a technology standpoint, the NYPD has selected several DJI drones, including the DJI Mavic Pro. This drone has five cameras and ultrasonic range finders to guide its performance. Like many other commercial drones on the market, the Mavic Pro has a maximum estimated flight time capability of 30 minutes. Perhaps the NYPD will also start using anti-drone technology to protect the Big Apple. It certainly seems likely that creative criminals may use drones, so the police will need the ability to respond to that threat.

3. Police Robots Are Coming to India

Science fiction author William Gibson observed: “The future is here – it’s just not very evenly distributed.” That’s true when it comes to police robots. New York takes a conservative approach with substantial restrictions on robots. India, on the other hand, is a pro-robot police force.

In February 2019, the Indian city of Kerala announced the KP-BOT. The Indian police have also taken the unprecedented step of granting the robot the police rank of “Sub Inspector.” What will this humanoid style police robot do? According to India Today, “The KP-Bot will be deployed to perform duties of the front office of the police headquarters, which means that it’ll receive visitors and direct them to different places as and when required.”

The robot will greet visitors, direct them to other parts of the police building, and “listen” to their complaints. No mention has been made of using the robot to carry out arrests or use weapons. It’s also unclear at this time if other police forces in India are planning to adopt the technology.

The KP-BOT was created by Asimov, a start-up company based in India. Robotics enthusiasts will appreciate the nod to author Isaac Asimov (1920-1992) who devised the “three laws of robotics.” Given that Asimov imagined robots working alongside human police in his fiction, he’d probably be impressed by the KP-BOT.

Early generations of robots focused on power and flexibility, not movement. Robot hardware in policing is going to need different capabilities. Mobility in terms of speed and accessibility will be key features. For sheer speed, wheel-based robots are likely here to stay. On the other hand, leg-based robots also need to be part of security since they can navigate stairs, debris, and other barriers. Security forces that want to maximize coverage may choose to create “robot teams”: a wheeled robot for speed and large area coverage and a legged robot to reach otherwise inaccessible areas.

Tip: For more insight on the wheels vs. legs debate in robotics, check out our article: “Legs or Wheels: Which Is the Robotic Future?”

Two Predictions About the Future of Police Robotics

There’s no “one size fits all” approach to police robots and security robotics. Predicting the future is always difficult, but it’s fun to try!

Prediction 1: Private companies with extensive facilities such as mall and casino operators are likely to be the first major users of this technology. In the head office, AI will play a critical role in processing photos and video captured from robotic patrols.

Prediction 2: Police adoption will be slow unless laws and regulations are changed. In the next 3-5 years, police adoption of robots is likely to be limited to passive information gathering, at least until laws are revisited. Imagine if a police robot shot and killed a human. In the current environment, there’s too much uncertainty about who’d be held responsible in such an occurrence.
Maybe the security cyborg will arrive before the security robots, like we have discussed in this article: The Advancement of Personal Security (wearable shield and self-defense device)