Will This New Car Technology Disrupt The Truck Driving Industry? 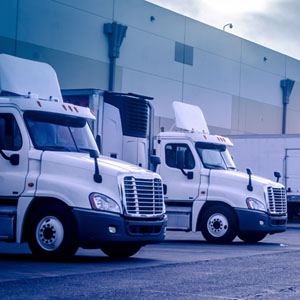 Every day, truck drivers climb into their vehicles to drive supplies, products and even other cars across the world. Trucking is a major industry that employs more than three million Americans, according to the U.S. Census. That industry may be about to go through a significant change thanks to new car technology.

This New Car Technology Is Coming To Trucks

Unlike regular cars, trucks are relatively difficult to drive. That’s why Wal-Mart has announced that it is willing to pay truck drivers over $80,000 per year. That pay package comes with significant responsibility. Large trucks take more skill to drive than regular cars since they are more challenging to maneuver due to their cargo load.

New car technology pioneered by Paccar is going to change the trucking industry. The company has a testing facility where engineers have used several types of hardware and AI to test new car technology. Some driving technologies have encountered problems when lighting conditions change. That’s a problem because trucks need the ability to travel during the day, in the rain and other conditions.

According to the Seattle Times, Paccar has already made a significant advance:

“The ride was smooth as the tires met a patch of light on the tree-lined road on a sunny day… “I was impressed we made it past that bright patch,” said Philip Stephenson, general manager of commercial vehicle company Paccar’s Technical Center, as the autonomous Kenworth cab successfully rounded a shaded, then sunlit corner. Impressive because the truck’s sensors rely on consistent lighting to detect lane edges through artificial intelligence (AI) algorithms.

This advance shows that self-driving trucks are now able to navigate turns and other changes even as light changes. What technology makes this possible?

The Hardware Inside This New Car Technology

As with most new car technology, Paccar’s advancement is made up of several technologies working together.

All of the above systems gather and process information. However, that is not enough for a computer to drive a vehicle. To achieve that end, you need to connect the computer to the car’s critical systems by using devices like electronic power steering.

What Does This Mean For The Trucking Industry?

The millions of people who work in the trucking industry are going to face change. However, this new car technology is not going to eliminate jobs. After all, there are limitations on the ability of software and hardware to direct a vehicle safely without human oversight. It is important to note that Paccar self-driving truck experiments have primarily taken place in a private testing facility. That means this technology is still in the development phase.

The Short-Term Impact on the Trucking Industry

In the next year or two, this new car technology is likely to have a limited impact. For example, most trucks currently lack the required technology developed by Paccar, such as radar, lidar, digital displays and software. Also, there are legal and legislative concerns involved in changing truck driving. In many countries, truck drivers require distinct licenses. If this new car technology requires different skills like the judgment to monitor AI systems, licensing requirements may need to change. Also, car insurance requirements may need to change as well.

The Long-Term Impact on the Trucking Industry

Looking five to ten years into the future, continued developments in new car technology are likely to have a more significant impact. Consider the rise of drone operators for commercial drones. In that case, the operators of the vehicle monitor the vehicle from a distance. We may see trucking companies asking truck drivers to work from home or work from a facility. State and local governments may seek inspiration from the FAA’s drone pilot license program. If monitoring a self-driving truck becomes less demanding than conventional trucks, truck driver earnings may be impacted.

How This Tech Will Change Other Drivers

While this new car technology has been developed for the truck industry, other cars may benefit as well. For example, if radar and LiDAR are added to passenger cars, these devices can provide better alerts to drivers when hazards get closer. Over time, additional improvements to sensors may reduce driver blind spots, which may translate to fewer accidents.

Our Prediction for the Future of the Driving Industry

Transporting goods by truck is going to change in several ways. When insurers learn that new car technology like LiDAR, digital cameras and AI can improve safety, tolerance for accidents will fall. That’s a positive change we can all get excited about. From an employment point of view, truck industry jobs are probably going to change.

Think back to the 1970s when banks employed many tellers to handle cash for customers. Automation in the form of cash dispensers and ATMs eliminated some of those positions. However, banks and other financial institutions continue to employ many people in sales, technology and management roles. Likewise, these new technologies are likely to bring change to the transport industry. Computer skills will become more critical. Besides, risk assessment and exercising oversight over self-driving vehicles will be more critical.