Solar Power Will Become Much More Reliable with These Robots 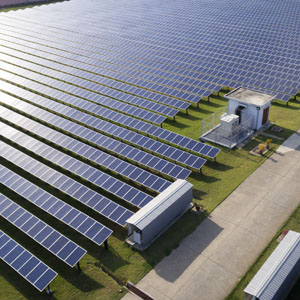 Solar power remains difficult to deploy and maintain. Until those challenges are solved, solar power will struggle to compete against traditional energy sources. Fortunately, there’s a new way to carry out solar farm inspections using drones and robots. Instead of requiring a small army of employees to inspect solar power farms, drones will cut that work down. 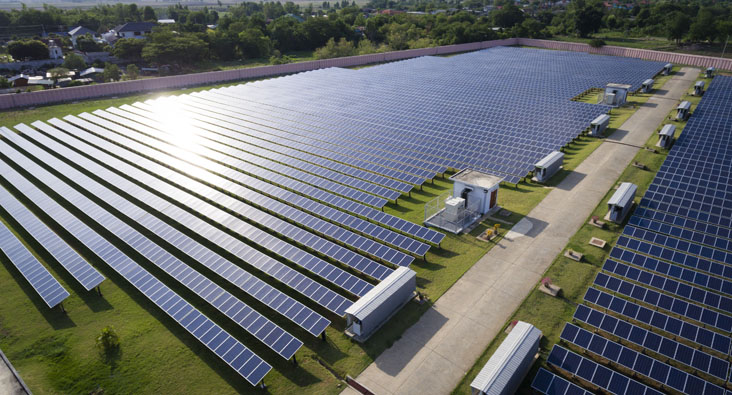 Inside the senseFly Drone Hardware for Solar Farm Inspections

senseFly, a company based in Switzerland, has developed a new type of drone technology: the Solar 360 thermal drone solution to help with solar farm inspections. Theoretically, anybody could take a commercial drone and fly it over a solar power installation to find problems. So, what does senseFly bring to the table? Let’s take a closer look at the drone’s hardware and software to find out.

Traditional drones have a significantly limited flight time of approximately 30 minutes. If you need to carry out weekly solar farm inspections, that power limitation is a major problem. That’s the first area where the senseFly Solar 360 is different. At the core of the product is the eBee X Fixed-Wing Drone. Unlike most recreational drones, the eBee X has a 90-minute flight time capacity. As a result, the drone is capable of reviewing 1,235 acres at 400 feet. You might be wondering: are the images any good if the drone is covering that much territory?

Camera hardware and capabilities are critical for solar farm inspections. If you receive images of inconsistent or low quality, you won’t be able to detect problems such as damaged cables or broken panels. The eBee X Fixed-Wing Drone comes with several camera options. For example, the senseFly S.O.D.A. 3D mapping camera is designed to change orientation during flight. By capturing three images (one nadir and two oblique), it’s much easier to build high-quality 3D maps. By comparing 3D maps over time, solar farm inspections go much faster because you can analyze changes over time with software.

Traditional photos are just one part of solar farm inspections. For additional insight, you can use drones to gather thermal imagery. The eBee X also has thermal and radiometric sensors. For instance, the senseFly Duet T camera hardware uses a dual camera configuration: RGB and thermal. The thermal images are saved in the R-JPEG format so that you can analyze them later.

Autonomous flight is the last aspect of solar farm inspection drones to consider. Rather than having a human pilot monitoring the same flight plan repeatedly, the Solar 360 thermal drone can fly on its own. For the drone to fly on its own, the operator sets the desired ground resolution and then defines the farm area. Once this data is entered, this drone can fly, capture data, and facilitate faster ground inspections.

How to Perform Solar Farm Inspections Without Drones

Drone-based solar farm inspections are tremendously helpful. However, this approach does have its limits. What if you need to analyze problems in detail? In that situation, other types of robots are better. For example, a small, wheeled drone can inspect solar farms closely. In fact, damage may not be the most serious problem for solar farms; perhaps dust caused efficiency loss.

BladeRanger has developed a cleaning robot specialized in cleaning solar panels. The Pleco Robot has a 4-hour battery life, which means it can inspect approximately 11,625 square feet. Unlike drones, this type of robot is directly placed on the solar panel so it can clean and detect problems. In fact, you could use the BladeRanger and the senseFly drone in cooperation. Start with using the drone to detect which parts of the solar farm have thermal problems or other changes. Then, use the BladeRanger to clean those areas.

The BladeRanger uses a few key hardware components to carry out its solar panel inspection and cleaning. The cleaning process involves a rotating brush with more than 10 separate brushes. According to BladeRanger, six months of dust on a solar panel can decrease power efficiency by 40%. If you add up that power loss on a large-scale solar farm, the savings are well worth it. In addition to large-scale solar farm inspections, BladeRanger has a drone robot designed for cleaning rooftop solar powers.

Purchasing a specialized drone or robot to monitor a solar farm isn’t the only option. If you have the motivation and resources, you could use a 3D mapping drone to do this process yourself. Such drones would help detect problems. Using drone cameras and 3D mapping software, you could construct 3D maps of your solar farm each day and compare how it changes over time to detect problems. However, you’d probably still need to carry out repairs and other maintenance manually.

As solar farm facilities expand in scope and complexity, keeping them operating at maximum capacity will become more important. Bloomberg has forecast that solar and wind power will be the main contributors to the power grid by 2050. For that to happen, solar power needs to become more reliable. Therefore, solar farm inspections by robot will need to be conducted systematically so that problems can be found and fixed early. Without proactive maintenance and detection by robots and humans, solar power will continue to be viewed as less reliable than other sources of power.

In addition to the growing popularity of solar power, we also see innovations in drone and robotic technology. For example, machine learning and AI will diminish the need for drone piloting. Therefore, we can expect to see autonomous drones carrying out preset inspections of solar farms.